Sheffield FC are recognised by FIFA as the oldest team in the world having been formed in 1857 and maintain a strong amateur tradition. they are an active local club that run many junior and senior men’s and women’s teams.

‘The Home of Football hosts over 20 teams under the Sheffield FC banner, and although Sheffield FC is ‘The World’s First Football Club’, we are still firmly committed to being actively involved in the community and promoting the future development of the game. Sheffield FC encourages players and fans from all walks of life to come together and simply enjoy all that is good about the game of football.’ Taken from Sheffield FC’s website.

They are also a team that have been a bit nomadic when it comes to where they play Abbeydale Park, Sheffield Amateur Sports stadium Hillsborough Park —Owlerton Stadium Hilllsborough, The Don Valley Stadium and Olive Grove where one day they wish to return. 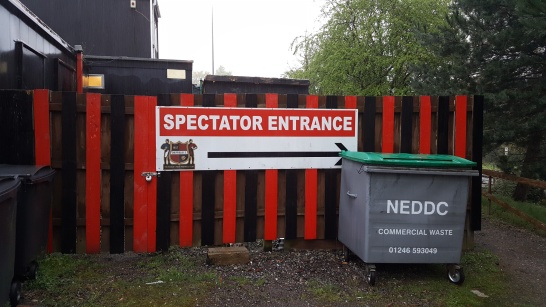 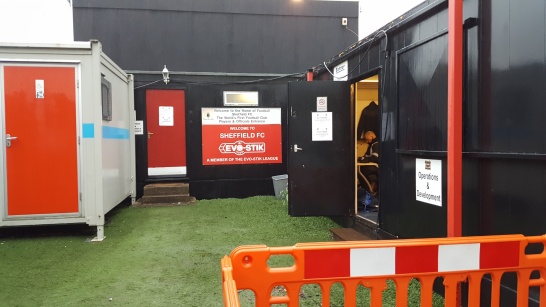 Although many have claimed the origins of the game as being from China, a derivative of a game for village hooligans, from the Cambridge or Oxford Universities it was in Sheffield that order and the basis of the rules of today’s game were cemented.

The visitors Spalding’ nicknamed ‘The Tulips” have been going since 1921 and have always played at the Sir Halley Stewart Playing Field where the attendance record is for an FA Cup game against local rivals Peterborough of 6973. They have never won any national cups and have been a competitive side at this level of football for many years.

If this hadn’t been the last home game of Sheffield’s season and that neither club had any danger of being involved in the end of season promotion or relegation this game may have been called off. The groundsman made great efforts to keep things going with frantic forking of vulnerable areas at half time. Perhaps he was thinking of the close season and the smaller the damage the less will need to be done to repair the pitch for next season. 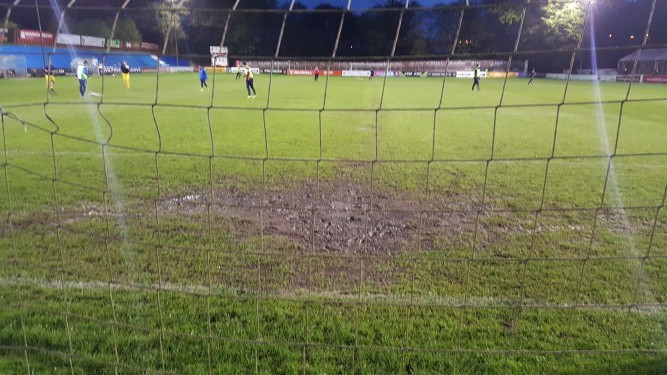 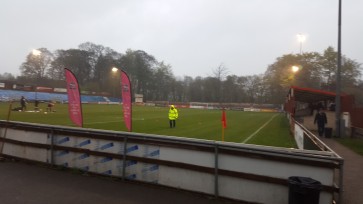 Being in Sheffield I must recommend the local  meat and potato pie, chips, mushy peas and splashes of Henderson’s Relish. It didn’t last long.

The match turned out to be a one sided affair in the poor conditions as the Sheffield defence took early control of the game. Clear passes to the wing and lethal crosses for the Spalding defence to handle dictated the pattern of the game. It was no surprise that the referee Drew Dutton awarded a penalty on 18 minutes which Waide Fairhurst crashed home. Five minutes later and a minute before half time Andrew Cascoigne and Jamie Yates added to make a 3-0 deficit at half time. Jamie Yates goal was a well taken free kick from the left side of the goal which was greeted with much delight by the team.

The Tulips’ started the second half with much more resolve and reduced the arrears through skipper Gary King on the hour. The resurgence was short lived when only two minutes later Adam Chapman made it 4 – 1 with Waide Fairhurst getting a second and Sheffields’ fifth.

Spaldings’ goalkeeper kept geeing up the team and keeping the ball in play quickly and looked dejected at the end despite his efforts to keep the home side at bay. 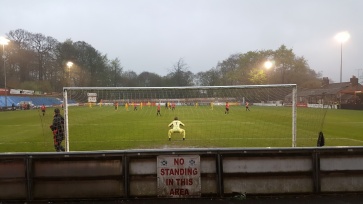 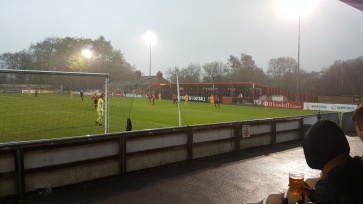