An afternoon at the Impact Arena saw Alfreton Town FC play St Neots FC in the 4th qualifying Round of the FA Cup. The sunny afternoon brought out a total of 645 fans, over 100 from St Neots who were noisy through out. 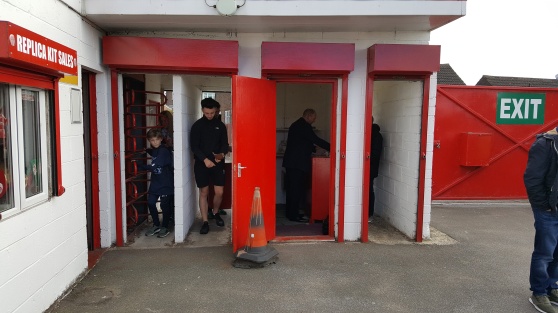 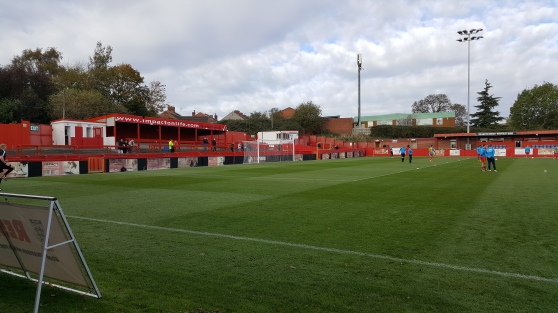 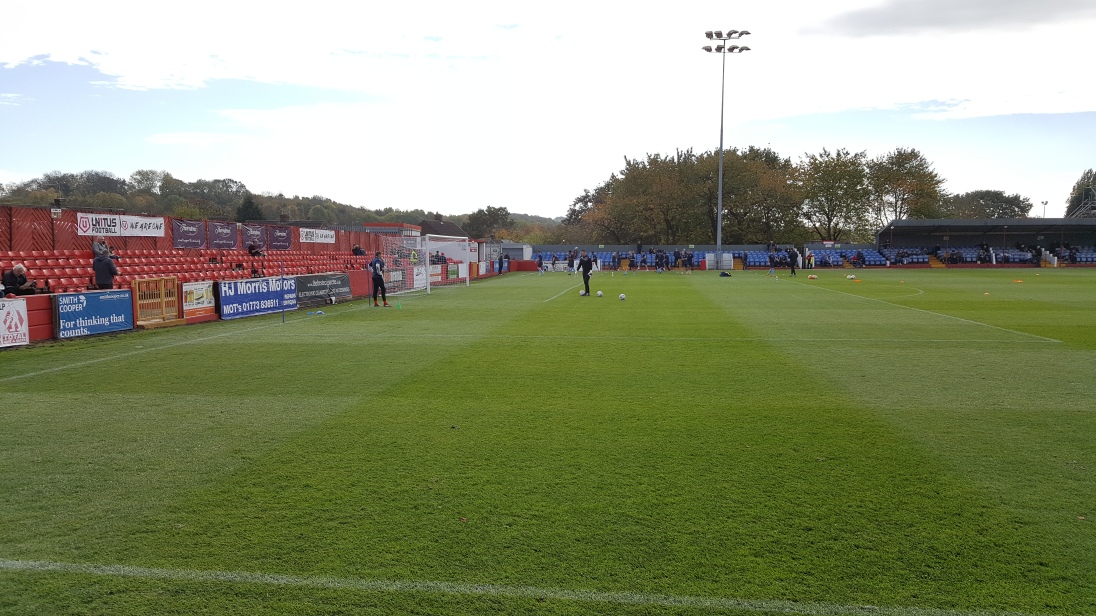 This compact ground very close to Junction 28 of the M1 and tucked away in a housing estate has seating on two sides , standing behind one goal and mixed seating on one side. The pitch slopes down hill from the standing end and the grass cover is thick and lush. There was little wind and the sun shone intermittently through wispy cloud.

St Neots from the Southern League Premier  (Step 3) were trying to progress in the cup and match their previous best showing against an Alfreton team from the higher (Step 2) league, National League North.

The Reds knowing the ground chose to kick down hill in the first half and soon took control of the game exerting pressure from both wings and were 4 nil up within 28 minutes and out of sight. No 7 Curtis Bateson playing down the left terrorised the St Neots defence and No 2 James Clifton overlapped continually down the right and his long throws were hard to deal with.

Within 5 minutes Batesons cross from a corner on the left swirled over everyone into the far corner of the net. On 18 minutes Peniket was brought down in the box and James Clifton placed it perfectly from the spot into the left hand corner. 4 minutes later Bateson was put through after some sloppy defensive clearances and he drilled it home and a few minutes later Clifton converted another penalty smashing it into the roof of the net in the middle of the goal. The penalty was awarded after Wilde had been bundled to the ground.

The game seemed to drift through to half time and St Neots made early substitutions in the second half and did press  but Ramsbottom in goal for Alfreton made some competent saves to deny any fight back. 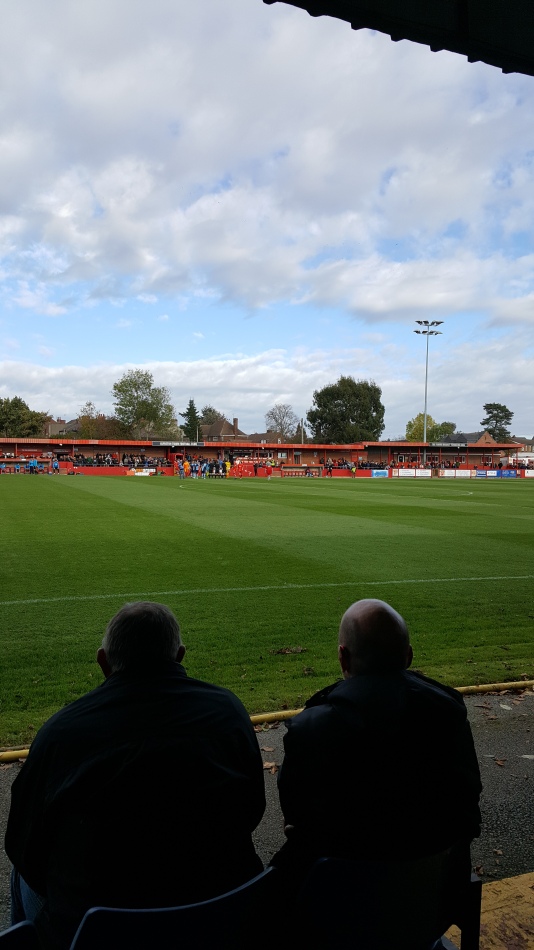 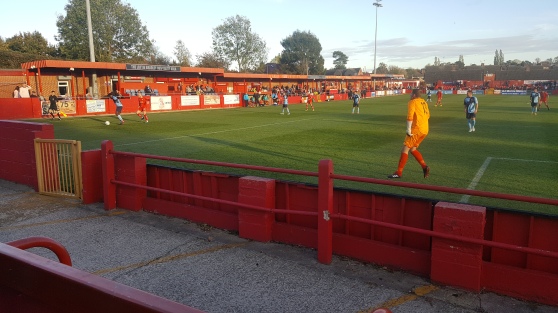 Alfreton deserved to go through and their tactic of taking advantage of the slope and dominating early play may earn them a lucrative tie with a EPL club in the draw for the next round. Good Luck Alfreton.

Alfreton Town have two good refreshment kiosks at either corner of the ground and the chips were served quickly. They were hot and cost £1.50 but not a golden brown and did taste a bit flowery, their score is 63.