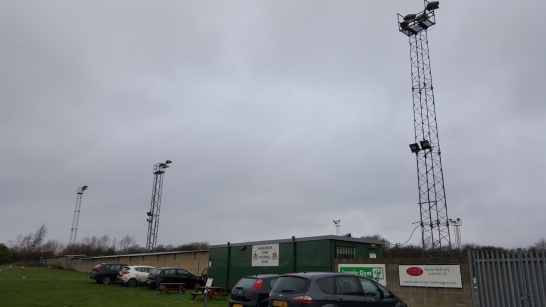 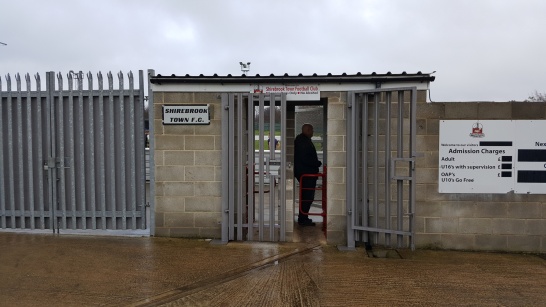 On another grey but dry Saturday FC Bolsover v Glasshoughton Welfare FC stood out as an interesting game. Bolsover were the worst team in the pyramid having played 18 games with no points and a goal difference of minus 60. They had recently signed on some new players and only lost their previous game by the odd goal so was this the turning point of their season. The omens were good as their opponents Glasshoughton Welfare had lost their previous five games but were in a respectable mid table position.

Bolsover started in the Central Midland league only two seasons ago,  gained immediate promotion and managed to hold onto their Toolstation North East Counties League Division One status by one point on the last day of last season. This is their second year as tenants at Shirebrook Towns ground but are actively looking for a site to play their football in their home town.

A Glasshoughton Colliery team had been around for some years but when it disbanded in 1974 an approach was made to Ansons Sports works team to adopt the Glasshoughton name and play at their Leeds Road Ground. They have since had many ups and downs but have battled on to a peak of the NECL premier but are now playing in Division One.

With Bolsover having lost their 18 league games their chances did not look good with their goalkeeper wearing number 13 on his shirt. The game had been in doubt with a 12.15 inspection but the pitch was perfect thanks to its excellent drainage being on top of a limestone outcrop. There is a goal to goal slope and the grass cover was fully intact.

Glasshoughton immediately took the lead after 4 mins from Glasshoughton’s No.9 after a cross from the right. However Bolsover did not cave in and pressurised the visitors into giving away a corner from which the cross was headed home for 1-1 by their dominant number 9 Jack Warwick.

Despite efforts from both sides it wasn’t until the 60th minute that Glasshoughton took the lead again through their No 9, against the run of play. Bolsover were immediately back on level terms within a few minutes with a second header for Warwick from a pass by Jake Morrison. The fairy tale ending was assured when on 64 minutes Bolsover were awarded a penalty and it was slotted home  by Brett Lucas. Despite pressure from Glasshoughton until the end of the game they were not able to take away Bolsover’s first points of the season.

It was a pity that only 50 people (18 paying according to the man on the gate) were there to witness the win which still gives Bolsover a mountain to climb to stay in the league, but at least some hope. Of the 18 paying,  I chatted to 2 ground hoppers, one from Peterborough and one from Wakefield who regularly roam the country and abroad.

These were the best chips of the season so far and were provide by a lady from the host club, Shirebrook Town, who is at the ground every week. They were tasty, thick, hot, not spoilt by an oily taste, a score of 85. I was offered American Red salt on the chips which I tried separately and was pleased I didn’t ruin the chips with this spicy condiment.