With television now dictating the fixture list to fit in with their viewing schedules regular football on everyday of the week has become a reality. For the good of the game, only history will tell and the Friday night league game last week was Sunderland AFC v Accrington Stanley FC.

This Division One game finds Sunderland in the third tier of football and despite this a crowd of 28937 still turned up to see them try to keep in touch with the league leaders to maintain a chance of automatic promotion.

Sunderland have a proud tradition having been formed in 1879 and in their first 40 years won six First Division Championships and an FA Cup. Their last major trophy was an FA Cup win in 1973

Accrington Stanley were formed in 1968 after the original Accrington Stanley had been disolved. That club had been in existence since 1891 and at the time another team called Accrington FC which had been formed in 1876 were still in existence having been original founders of the football League in 1888. However at the end of the 1892/93 season they resigned from the league having been relegated after finishing second from bottom.

Since their new start Accrington have managed to to move up 4 tiers in the league pyramid and under the ownership  of Andy Holt since 2015 have cemented a good base in developing the team, club ground and infrastructure. Andy’s outspoken thoughts about all aspects of the game have given him some notoriety. He has also renamed the ground The Wham Stadium. This is not a homage to the pop group but the fact that he owns local Lancashire company What More UK Limited who sell many plastic items under the brand name ‘wham’. They are the UK’s largest supplier and brand leader of plastic housewares all made in Lancashire. 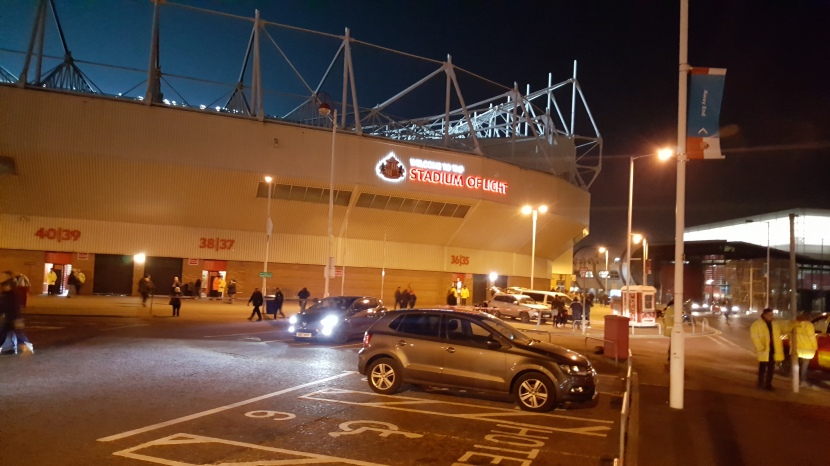 The Stadium of Light is one of the most impressive modern football stadiums and shone out on this dry, mild, 11 degrees, February evening. The pitch was a bit patchy with a few bald areas. A small contingent of away fans were seated high up but managed to make themselves heard. This was the first ever league game between the two teams  as the reverse fixture had been abandoned earlier in the season.

Both teams started brightly and Paul Smyth playing on the right gave the Sunderland defence a hard time resulting with him being tripped in the box on 28 minutes. Billy Kee duly dispatched the penalty into the top right of the goal with some venom.

Paul Smyth switched to play down the centre and continued to pose the greatest threat of both teams right up to half time. The Sunderland players seemed to be unable to effect a probing forward pass and at half time the home crowd were restless with some booing as the teams left the pitch.

The pitch was watered at half time and the pattern of play continued with Accrington looking the most effective and after 5 Sunderland passes had gone astray the crowd let their team know their thoughts. On seven minutes the live wire Paul Smyth, on loan since January from QPR ran between defenders and headed home from a beautiful cross from the right by Sean McConville. Smyth’s somersault celebration was as spectacular as his header.

Sunderland immediately rallied and within a few minutes had scored after George Honeywell tapped in a cross reulting from a goalmouth melee. It was all Sunderland now and seven minutes later on 62 minutes Aiden Mc Geady made it level.

The crowd now resembled Sunderland’s famous roar but Accrington seemed to be able to put bodies in the way of numerous chances. It was frantic to the end and the right result on the night. 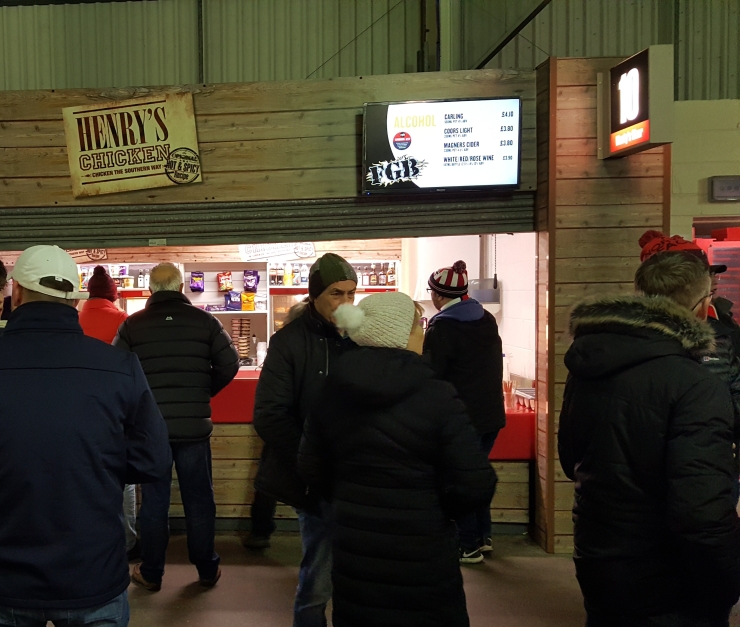 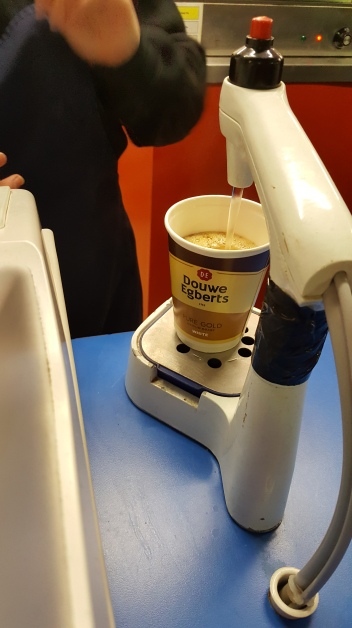 Yet again no chips although there were numerous food Kiosks and bars. The smell of chips wafting from the supporter in front of me turned out to be from outside the ground.

Great atmosphere, facilities and two teams giving the spectators plenty of excitement, if not the right result for the home fans.