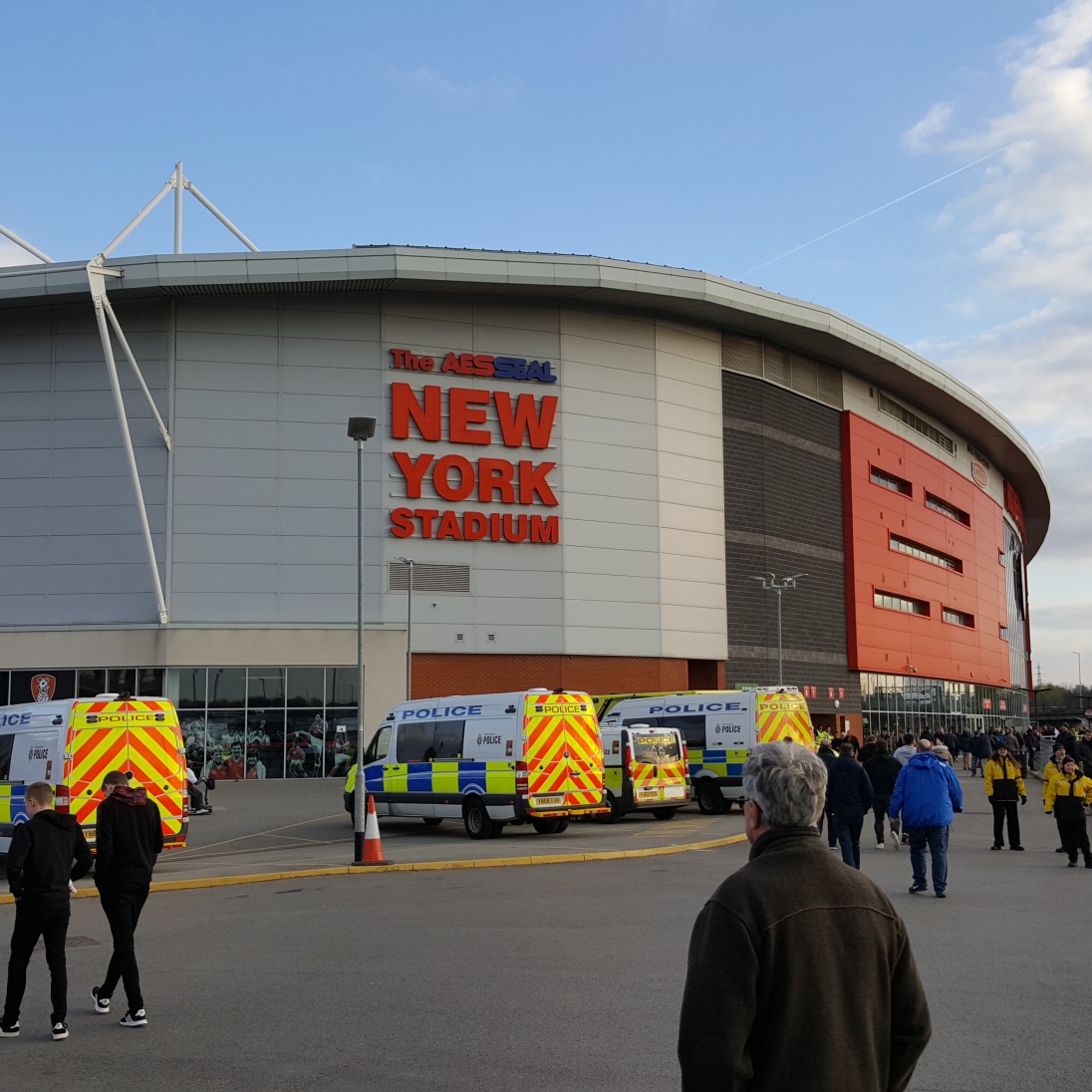 Villa’s class and determination overcame a tenacious Rotherham who were battling to get out of the relegation places in the Championship.
The New York Stadium is high profile as you drive into Rotherham. This relatively new stadium which holds 12000 fans greets you with a smile.

The dry cold evening seemed to have a sparkle in the air and that proved to be the case as early Rotherham pressure was countered by a penalty to Villa after Jack Gralish was brought down. Tammy Abrahams, Villa’s top goal scorer, stepped up and tamely struck the ball to Marek Rodak’s left and his dive stopped the poor effort. Rotherham were putting increasing pressure down the right and causing trouble with long throws into the penalty area.

On 36 minutes Mings was adjudged to have handled in the penalty area and this yellow card added to the one received earlier in the game for an off the ball incident meant he left the field after seeing red. Vaulks smashed the ball past Jed Steer who could not match his heroics at Hillsborough on Saturday and Rotherham took the lead and control of the half

Villa immediately  took Albert Adomah off and replaced him with Mile Jedinak who has not featured much this season under Dean Smith. Jedinak took over Mings central defending role but Rotherham kept the pressure on.

The second half saw Johnathan Kodjia replace El Ghazi and he took charge after 48 minutes to take another penalty this time awarded for hand ball by Semi Ajayi. He made no mistake hitting the back of the net in the top right hand corner.
Villa had stepped up a gear and only three minutes later they led 2-1 after Grealish  had run from his own half down the left to beat three defenders, spinning round them towards the centre of the goal and passing to Elmahamady on the right who feigned to shoot but cut the ball back to Greaslish now in the centre of the D who precisely slotted the ball passed a sea of legs into the bottom right of the goal.
An amazing turn round with 10 men.
Rotherham did not give up and tested the Villa defence with Jedinak playing his best game of the season despite his lack of competitive pitch time.
Jedd Steer in the Villa goal was called upon to make an outstanding left handed save from Rotherham’s Mattock.
Man of the match though was McGinn who seemed able to cover every blade of grass on the pitch often with the ball at his feet and able to draw a foul to calm the game down and stop the pattern of play.
A pulsating game that keeps Villa’s promotion hopes alive and gives Rotherham hope that they have the backbone and skill to keep them in the division.

There were no chip