The mornings rain had stopped giving way to blue skies ,and billowing clouds with strong blustery winds that were made worse with the ground being on top of a hill.

The game I had come to see was an FA Vase First Round Qualifying game between Swallownest FC of the North East Counties league Division One and Vauxhall Motors FC from the North West Counties league Division One. An intriguing comparison between two similar level teams on opposite sides of the Pennines. A disappointing crowd of only 75 was in attendance.

Swallownest FC have only been going since 2006 when they started as Aston FC and in 2010 changed their name to Swallownest Miners Welfare a name previously used by a local team in the 1960,s. The club have come a long way in a short time and shortened their name in 2016. The ground is alongside the Swallownest Miners Sports and Social Club and is a credit to the local supporters with a friendly atmosphere, small covered areas, pitch side hard standing and a good refreshment kiosk. A very lush green pitch slopes slightly side to side and a few dotted sand patches are testament to the continual battle against some local rabbits.

Some history of Vauxhall Motors (Ellesmere Port) was posted last year when I attended one of their home games and they currently await what Brexit might do to the viability of the factory. By contrast in the distance of the Swallownest ground you can see the Advanced Manufacturing Centre on the Rotherham/Sheffield border that houses such names as Boeing, Rolls Royce and McLaren. 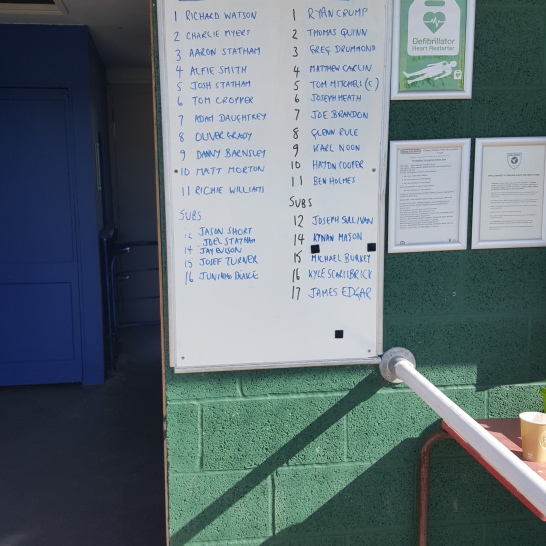 Vauxhall were the quickest off the blocks and played some neat football but after a foul and fracas which brought home team trainers and subs onto the pitch Swallownest commanded the rest of the half. Oliver Grady should have done better when driving the ball wide from close range for Swallownest. Despite the advantage of the wind Vauxhall had not taken advantage and they must have been the happiest to go in all square at half time.

On a half time walk around the perimeter on this last day of meteorological summer I saw one House Martin in the sky and no Swallows. With autumn beckoning perhaps the flight south has already begun.

Swallownest again dominated the start of the second half and should have scored but  Michael Burkey replaced Karl Noon for Vauxhall and he went wide to the right and gave Aaron Statham at left back a torrid time with some neat footwork and direct runs. 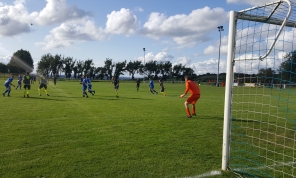 One of these led to Statham bringing Noon down in the box on 76 minutes and Ben Holmes placed the ball along the ground to the left of Richard Watson,s dive to give Vauxhall the lead. Only minutes from the end Joe Brandon burst into the penalty area latching onto a long ball and was immediately brought down by Alfie Smith for penalty number 2. Holmes replayed his previous penalty, this time sending Watson the wrong way.

Vauxhall played out the game for their 2 nil win which was perhaps not to the liking of their manager, Mick McGraa, who had said at the start of the season that a run in the Vase competition can be a distraction from the main aim of promotion.