It’s always a pleasure to get out on Boxing Day to get some fresh air and see a football match. A trip to Matlock to see the A6 derby was a reverse of last years visit to Buxton.

The Matlock ground is one of the most iconic and picturesque in the country, three sides for supporters and the fourth open to the next door cricket pitch. It is overlooked by Riber Castle atop of the hills overlooking the ground which are shrouded in swirling clouds and although only 3 o’clock its seems that night time has started early. The pitch is flat being on the river Derwent valley floor opposite a glorious local park that is bordered by the river. Matlock is the county town of Derbyshire and this battle is for bragging rights in the Peak District. 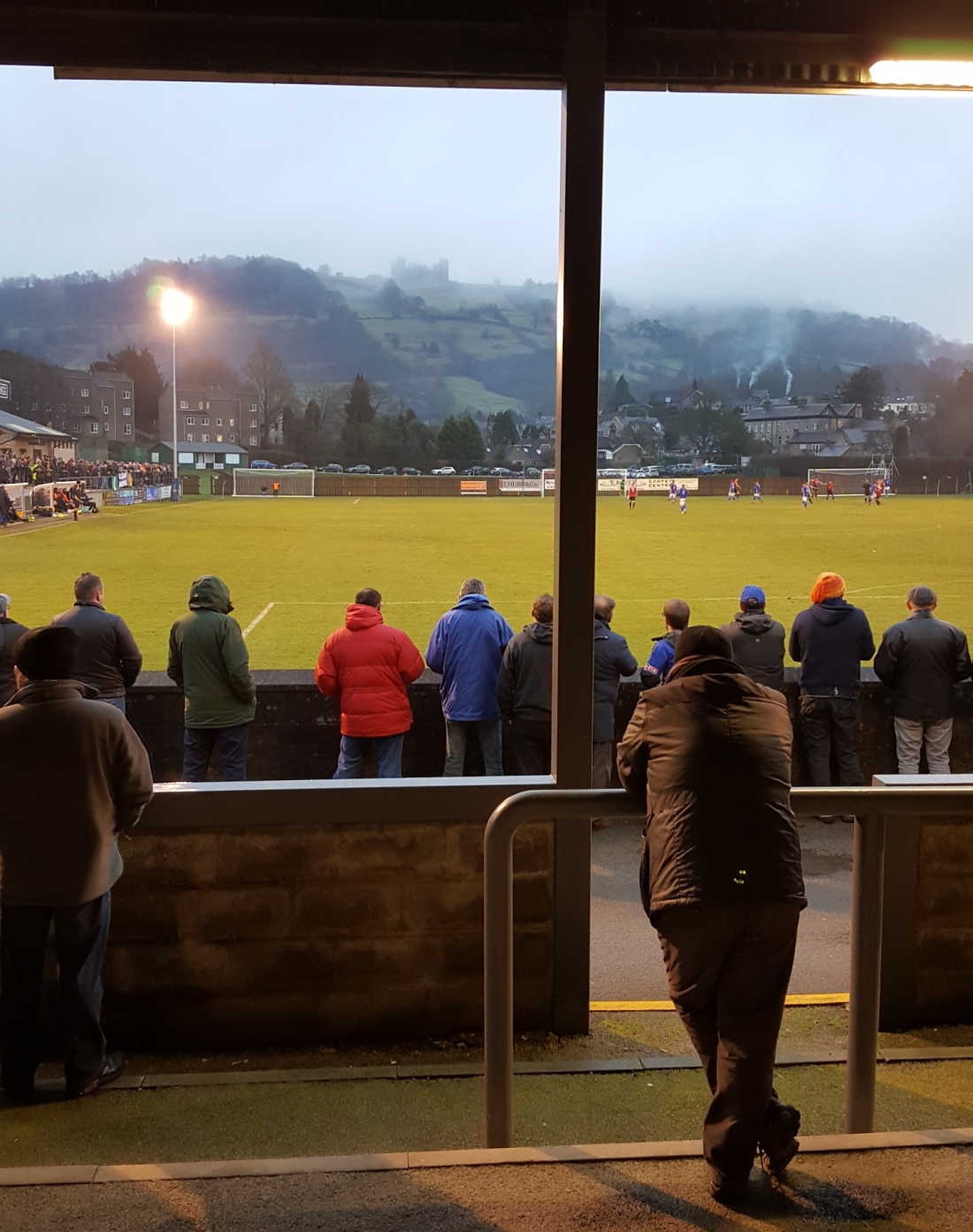 The pitch is in good condition considering recent weather and a crowd of 922, 42 more than last years fixture have turned up. Matlock started the season well and looked promotion candidates in the early fixtures but have lately been slipping down the league to be just below half way. Buxton by contrast have all season been in the relegation area and recent results have seen them start to climb to a safer position. 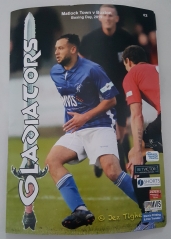 This Betvictor Northern Premier League game started with a bang and within 5 minutes Matlock were two nil ahead. The first goal after just 2 minutes came from a high speculative cross from Matlocks Luke Dean to the far post which was headed in by Luke Hinsley who was challenged by Grant Shenton in the Buxton goal who felt he had been fouled.  A few minutes later a through ball was met by Tomas Poole who neatly hit the ball with the outside of his right foot to the right of the diving Shenton. 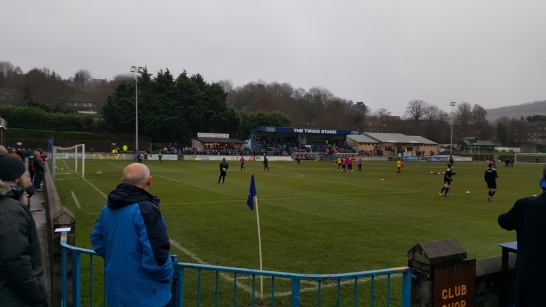 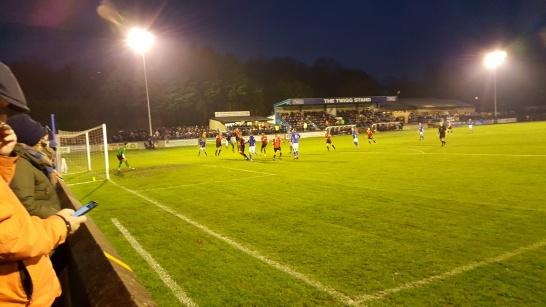 Buxton did not collapse and started to take control with their completed pass rate much superior to Matlock’s and a definite stronger will to win and attack the ball.

To the confusion of the crowd on 26 minutes the referee walked off the pitch handing over to his senior assistant and a plea to the crowd for an assistant referee at this level was met by a spectator, Mark Tracey. Buxton continued their ascendancy and were rewarded on 38 minutes when Alex Byrne riffled home after Matlock failed to clear four shots on goal from Buxton.

Matlock were ahead at the break but the second half started as dramatically as the first with Buxton equalising after just 90 seconds of the restart. A long throw in from the right was missed by two Matlock defenders giving Liam Hardy an easy tap in goal.

Buxton now dominated further and Matlock seemed to lose heart and direction as the half continued. Two goals from Diego De Girolamo on 55 and 88 minutes wrapped up a very comprehensive win for the visitors. His first taken cooly when a ball threaded to him behind the home defence was placed easily past the lonely Dan Wallis in goal and the second a gift from a bad pass by Bailey Gooda allowing him to dribble the ball into the net.

The Matlock Manager quoted from their official website summed it up perfectly although I did feel that Buxton’s more positive attitude had a major effect.

“All four goals were down to our errors, we’ve got to be better than that” said Matlock boss Steve Kittrick afterwards. “It was a comedy of errors, Buxton didn’t have to really work for their goals and it’s disappointing after doing so well in the last two or three games.”

Really good food here and I was not surprised by the queue. The chips were cooked in a large deep fryer and were piping hot, golden and crispy outside, good value for £2 and a magnificent score of 80.

A football blog for the curious. A human touch in a digital world. Watching Non-League and other football since 1955 when as 5 year old I was bitten by the bug at St Albans City. View all posts by payonthegate