Saturday saw a trip to Burton Latimer to see Kettering v Gloucester City in the National League North. Both of theses teams have been on a long journey away from their old homes but are close to gaining a secure future at new venues.

Kettering Town had been at their old Rockingham Road ground since 1897 when they had to move in 2011, The old ground was demolished and 49 houses are being built there. They have played at the old Nene Park (Now an Aldi) and shared at Corby until finally moving in with Burton Park Wanderers in 2013.

The club moved to Latimer Park to share the ground but always with the aim to play home games in Kettering 5.2 miles by road away sometime in the future. 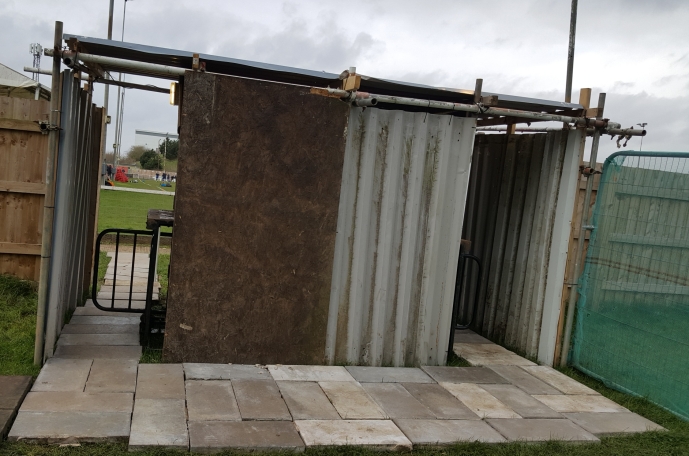 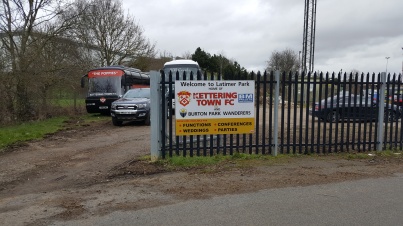 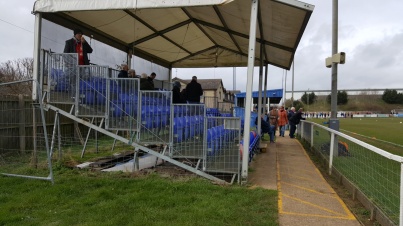 The club initially put in temporary facilities to maintain their football grading status but are now underway to develop the ground to hold 6500 fans, a 3G Pitch, community involvement and the further expansion of the Burton Latimer Amateur Boxing Club also located at the stadium. They are in this for the long haul and located just south of the junction of the main A6 and A14 roads are in a prime location. The locations road links have been key to Morrison’s running a major distribution depot almost next door.

Kettering have been going since 1872 and battled through  many leagues until reaching the higher echelons of the non league game where they have been for the last 50 years.

They have had a very colourful time being Ron Atkinsons first managerial post, the first club to introduce shirt sponsorship under Derek Dougan and even had Paul Gascoign as manager for 39 days. They were also unsuccessful in breaking into the football league when it was a closed shop and have been runners up in the Trophy twice. Their current focus is to grow new strong roots whilst developing the club and stadium.

Gloucester City  have a similar history as Kettering being formed in 1883 progressing to the Southern League and maintaining a high level in the Non-League game ever since. They too lost their ground but in very different circumstances. The floods of 2007 that considerably affected the West of England left their Meadow Park ground under 8 feet of water and the club have not played there since. They have been very successful to keep the team and support together having played at, Cirencester Town, Cheltenham Town and Forest Green Rovers grounds before leaving the county to play at Evesham United.

The plans are now to return to the Meadow Park next season where work is underway to build a new stadium that is raised from the old playing level. 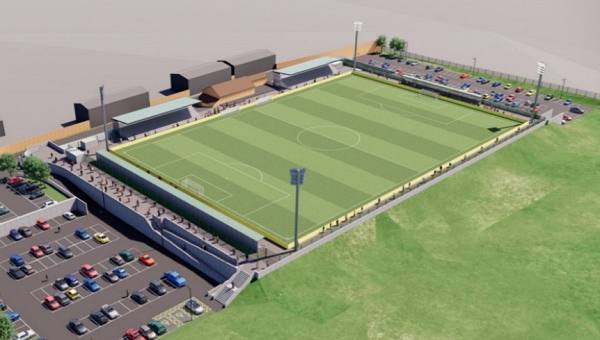 The skies were a dense grey but no rain was forecast and the wind only gusted at times. The level pitch had bumpy areas and was heavily sanded in places.

The last time I was on this ground was a few years ago when my son was on the end of an 8-1 defeat to Burton in the County cup despite taking the lead early on. 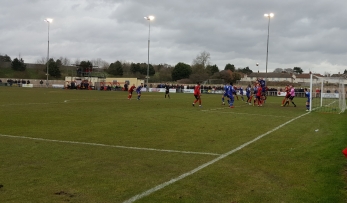 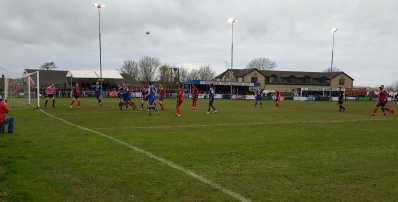 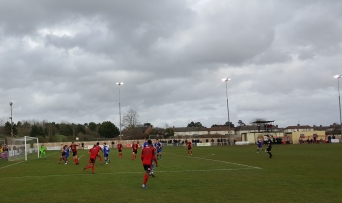 One thing that this ground is famous for is the smell in the air that comes from the next door down wind Weetabix factory.

Players did not shake hands before the kick off and a good crowd of 642 had turned up for what would be the first home game in over a month.

Another 5 minutes and Gloucester were level after some indecisive clearing gave Bernard Mensah the chance to race through and beat goalkeeper  Paul White.

The game was very sterile after this and the soaring buzzards kept me amused till half time.

Kettering looked the likeliest team to break the deadlock in the second half with numerous long throws and corners into the box. Despite their efforts Gloucester held on and both teams were happy with a point that keeps them just away from the relegation spots. 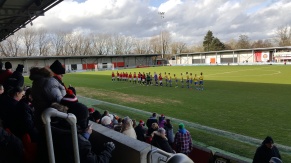 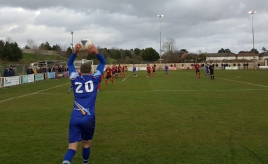 Unfortunately the chips were luke warm, too crispy on the ends but soggy in the middle. All in all tasteless and a disappointing score of 45.
The quantity at £2 Was good but some work is needed here. 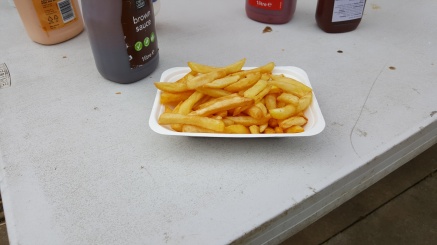