More than ten years ago I went to a local. evening game at Glapwell in Northern Derbyshire very close to the Nottinghamshire border. It is one of a cluster of town’s and villages in this part of Derbyshire that grew up due to local pits which are today almost impossible to find any trace of apart from symbolic statues or artefacts to a long lost hard, dangerous and often tragic life. 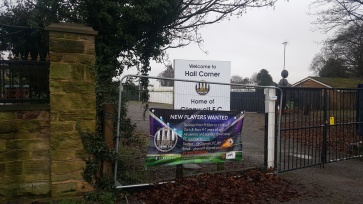 Glapwell is straddled on either side of the A617 midway between Chesterfield and Mansfield, It’s population today hovers around 1500 and like those other villages/town’s is coming to terms with proposed expansion of housing but without the increase in infrastructure and amenities to cope.

What’s this to do with football you ask. Well the local football team suddenly closed in 2009 and the ground, owned by the local Parish Council, has been sadly quiet since looking sadder by the day.

Glapwell football club had been a beacon for football in these parts rising in it’s history to the Premier Division of the Northern Premier League Division One South. No mean feat for the size of the village. This eminence was surprising due to the bigger local villages of this part of Derbyshire, Bolsover, Clowne, Barlborough and Cresswell having no teams that have competed to this level or at all. The oposite to this is nearby Mansfield where a thriving group of non league teams play within a few miles of the centre.

When recently passing the ground I was surprised to find a notice of activity and to my joy research showed that I had missed the fact that the community have reformed the football club and are trying to get it up and running for all ages in the face of a world pandemic.

Their senior team have in fact been elected to the East Midlands League Division 1 North and are undefeated this season having only played two games because of the retrictions.

It’s great to see this club and community fighting back particularly in these hard times and when I can again resume my passion for lower league football I will make sure I see a match there.