As I was travelling to see Parkgate FC v Campion AFC in the Toolstation Northern Counties League Division One I passed Rotherham United’s New York Stadium. Rotherham were playing Leeds United, top v bottom of the Championship and a South v West Yorkshire battle. Campion too were top of the table with Parkgate in 9th and again a South v West confrontation.

Having never been to this part of Rotherham I used Google Maps which is usually so reliable but this time it took me to a housing estate and told me twice I had arrived although all that faced me were houses with a glimpse of floodlights behind. Back to using ones own instincts I eventually found a lane to Roundwood  Sports Complex, Green Lane, Rawmarsh, which was next to Rotherham United’s training ground. 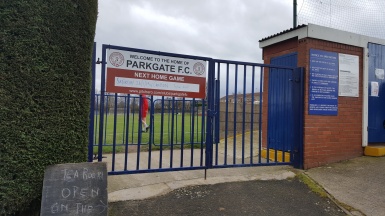 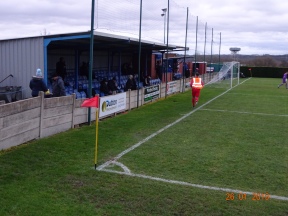 I joined the 85 others at this very tidy ground with a covered seated stand behind one goal and some covered standing area on one side. The pitch had a good grass surface and sloped away from the covered end with a very neat hedge down one side. A typical grey January day with clouds racing by threatened rain which came in the second half.

Parkgate was formed in 1969 from the Wire Department  of British Steel Corporation which is very visible from the ground but is now owned by Liberty Steel Group. The steel works could be heard during the game with clangs and bangs at regular intervals. They joined the Northern Counties East League in 1982 and were in the Premier division for 10 years until last years relegation. They have developed a strong youth set up which they hope will sustain them in the future.

Campion is a community club based in Manningham, Bradford, and play at the Manningham Mills Sports Club, opened in 2006, which they share with a local cricket club. They were formed in 1962 and started playing Saturday football in 1976, stopping all Sunday football in 1982. They stayed a local West Yorkshire team until recently joining the North East Counties. 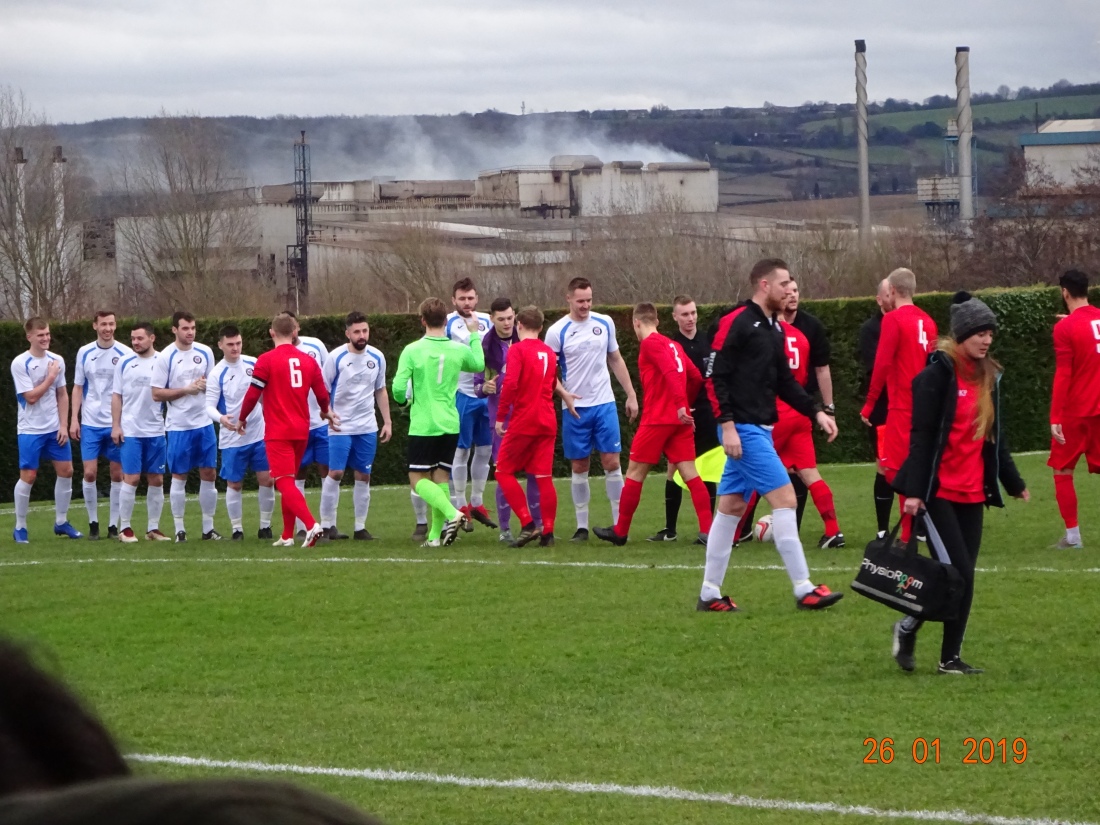 Parkgate started the game strongly attacking down hill and forcing corners but it was the away team that took the lead on 12 minutes when Leon Hules-Brooke was free on the left side of the box and whipped the ball into the net across the diving keeper. Within two minutes it was 2 nil with No 9 Marcus Day placing the ball just inside the near post after three attempted clearances by the Parkgate defence.

Parkgate now seemed to come alive and after near misses and clipping the post  Bruno Holden found some space in the penalty box and riffled home a shot to make it 2-1 and with half time approaching an expected close second half.  Immediately though at the other end Marcus Day ran through to restore Campion’s two goal lead and give them a 3-1 cushion at half time. 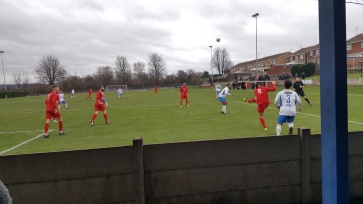 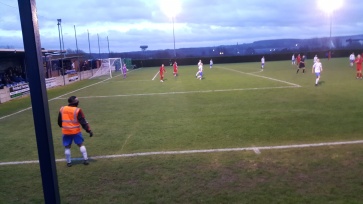 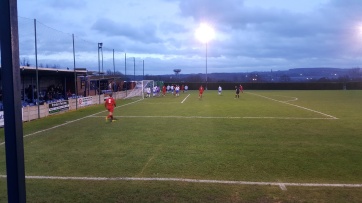 Both teams  looked for the next goal but it was Omar Habeeb a substitute for Campion who on 86 minutes put the game to bed with a low shot past Chris Butt. Parkgate did make it 4-2 in the dying minute when the left back Freddie Russell overlapped on the left for a well taken goal. With Leeds getting an 86th minute winner against Rotherham it was the two West Yorkshire teams that came out the winners and maintained their positions at the top of their leagues.

There were no chips at Parkgate so a sausage roll and a coffee for £2 had to suffice. The two friendly ladies manning the kiosk also went round the ground selling raffle tickets. Every little helps.