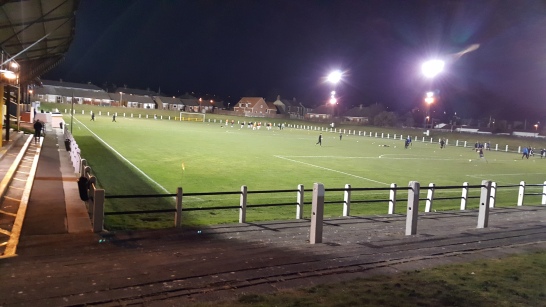 A Friday night in County Durham to see the local derby, Crook Town AFC v Tow Law Town FC in the EBAC Northern League Division Two. You could see the lights of the ground as I headed up a very dark A68 and although the temperature was supposed to be 4 degrees it was colder with the gusting wind. 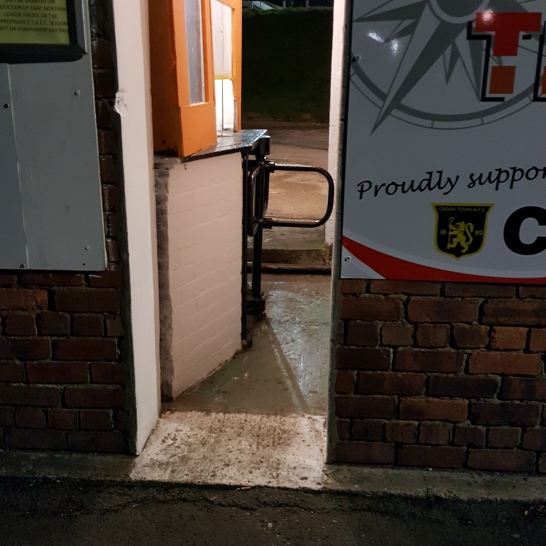 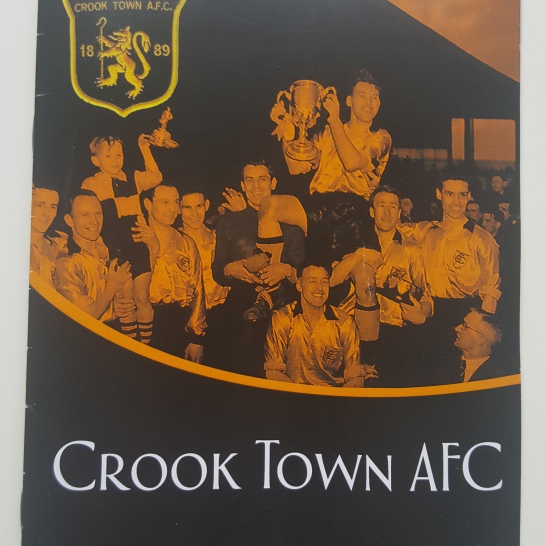 This is a big ground for this level of football and has good terracing at one end and covered seating and covered standing on one side. There is a small club house near the entrance to the ground that was busy. It is less than 5 miles between these two clubs resulting in a long standing local rivalry.

Tow law were started in 1890 and nicknamed the lawyers playing in local leagues until 1894 when they first joined the Northern League, they dropped back to local football but regained Northern League status in 1920. The late 60’s saw a great FA cup run and only a replay defeat to Shrewsbury stopped the mighty ‘Gunners’ visiting Ironworks Road. There have been some local cup wins and league titles but their best performance at a National level was in reaching the 1998 FA Vase final at Wembley where they lost 1-0 to Tiverton.

Crook Town Football Club was formed around the same time as Tow Law (1889) by a merger of Crook and Crook Excelsior and have had a long history of success in non league football winning the FA Amateur Cup on 5 occasions, 1900/01, 1953/54, 1958/59, 1961/62, 1963/64. The 1953/54 final was memorable in that it was against other local rivals Bishop Aukland, The teams drew the first game at Wembley 2-2 after extra time, drew 2-2 at St James Park A.E.T with Crook eventually winning 1-0 at Ayresome Park, some 200000 attended the three games. They find themselves currently at a lower level but a respectable mid table position and above Tow Law. 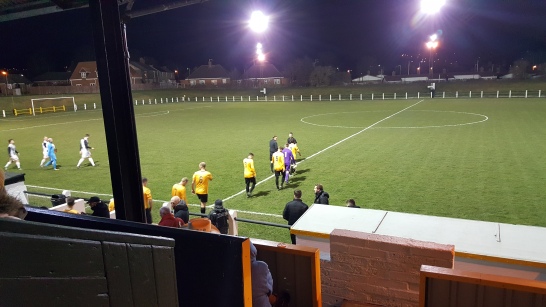 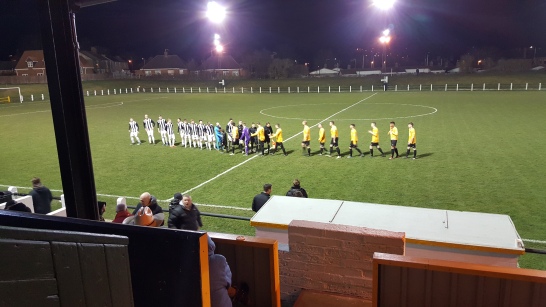 Crook chose to play with the wind behind them on a level well drained pitch considering the amount of recent rain. The grass was quite long with a full covering all over the pitch. Rain gusted with the wind occasionally but had fully stopped by half time.

Crook dominated play with No 11 showing some speed and skill down the right, and their best chance was headed just over by number 6 from a corner after 20 minutes.

The same pattern of play was resumed in the second half but the Tow Law defence stood firm and Crook had little cutting edge up front to capitalise on their domination of the ball. Crook too had a strong defensive team and their number 4 was dominant throughout in midfield being the most competitive and skilful player on the park.

Crook did hit the outside of the right post in the 88th minute but it was difficult to remember any great save by either goalkeeper throughout the game. A 0-0 draw had been competitive and enjoyable to watch and the healthy crowd of 172 went home or to the bar happy.

This has to be the best snack bar I have visited this year, considering the level of football, they offered pies, chips, chicken curry with rice and other goodies. The two women running the kiosk were happy and friendly and the name above it ‘Only Foods and Sauces’ inspirational. 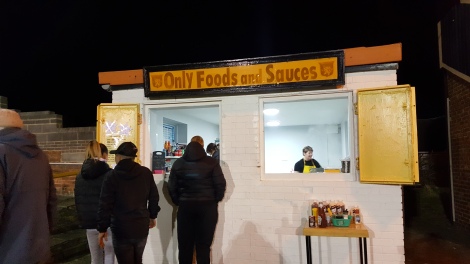 The chips were big and chunky, very hot, fresh and a great colour but were a bit under cooked and hence a sore of 68.  Chips and coffee for £2.50, I’ll be back.