On a holiday trip to the West of Scotland we ended up in Campbeltown Heritage Centre in need of a cup of tea.

Cambeltown was once called the ‘Whisky Capital of the World’ with its 30 distilleries and had the highest per capita income of any town in Scotland. Those days are gone as it struggles with a decreasing ageing population. Gone are the heady days of being a major port for freight, steamers, ferries, the navy and shipbuilding, gone is the herring fishing, gone is the coal mining and only 3 distilleries are left

This most westerly town in Mainland Scotland clings on with long standing agriculture leading the way.

The scale of its former wealth is highlighted by its architecture.  Look up and you will see many different  beautiful buildings designed by the major architects of the day.

Some regeneration has been started and the Heritage Centre proudly displays it’s amazing past.

In one cabinet is a display of seven football cups that were donated in the past. But there is nothing commemorating this year’s 100th Anniversary of Campbeltown Pupils AFC. Since 1977 they have played in the Scottish Amateur Football League. They were in fact the first club from Argyll to be crowned Amateur Premier League champions in 2000.

There is s photo on display of Campbeltown United from 1912 who appear to be no longer in existence.

The McCallum Cup 1947     Presented by the local MP for Argyll to help kick start football after the second world war. 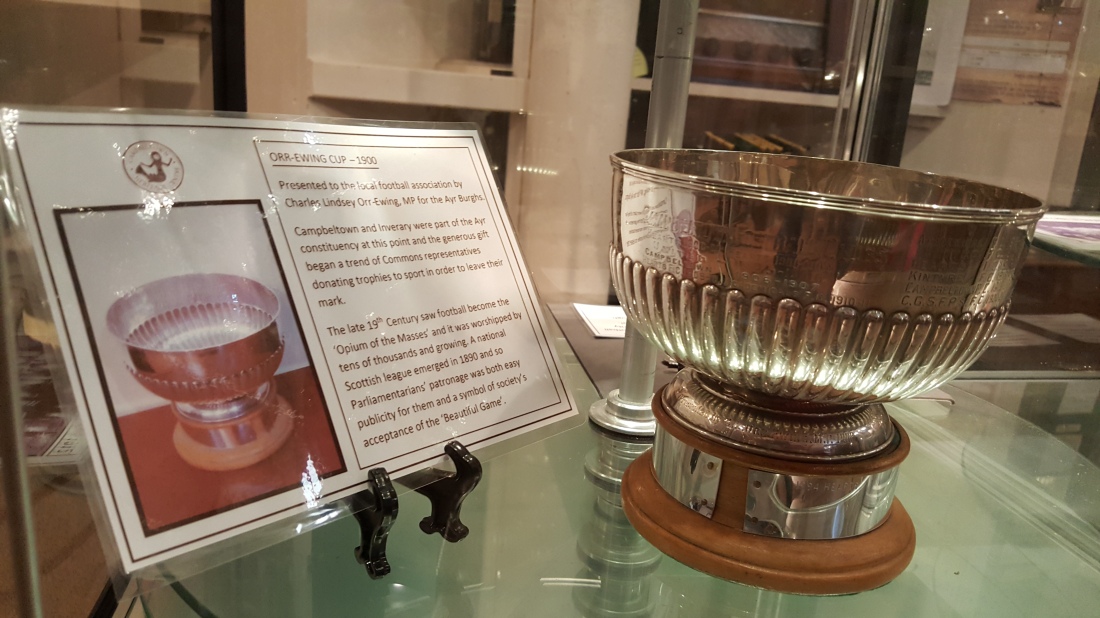 The Sutherland Cup 1925    Donated by the local MP at a time of great hardship in the area when football was a good distraction and entertainment. 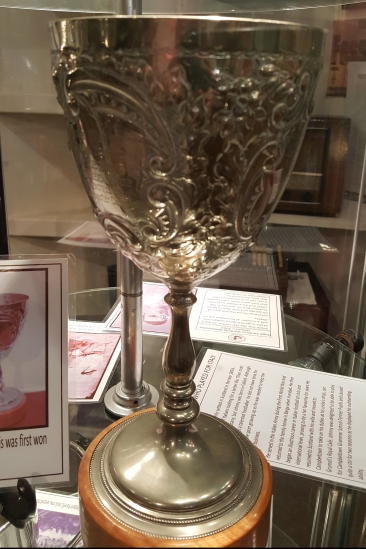 Thank you to the lady who served us with the wonderful Lemon Drizzle cake and tea as well as the amazing trophies. Good luck to Campbeltown AFC for the 2019/20 season and your anniversary year. Good Luck to Campbeltown in your re-positioning and regeneration.