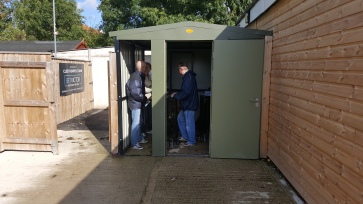 Coast to coast, this week in Cleethorpes, last week in Workington. It’s not the journey that confused me but the teams in North East Lincolnshire. It is a pub quiz question, which league football team never plays at home? – answer: Grimsby Town because they play all of their home games away in Cleethorpes, now I find that Cleethorpes Town play in Grimsby. I managed to get a shot of the Grimsby district sign as we sped to the game and this was just before the ground. To be sure I asked a friendly official at the ground and he confirmed we were just over 100 meters within Grimsby.

The facilities here at Clee Road are excellent. The clubhouse is shared with the cricket team and has a bar, food kiosk and an area as a club shop also selling the program. The club house was lively with away fans good humouredly singing and chanting whilst watching the early televised game.

The pitch is one of the finest I’ve seen for some time, flat with lush close cut grass. There has been a lot of money spent here on new railings, perimeter walkway and stands. There are also up to date advertising hoardings all around the ground. It seems like a club going somewhere.

After sailing to the match along the M180 the weather had broken to sunshine, blue skies, some billowing white clouds and a temperature of 16 degrees.

Cleethorpes Town and Frickley Athletic are both in the Betvictor Northern Premier League South East Division but today it’s the F A Trophy.

Frickley Athletic come from the former mining village of South Elmsall in Yorkshire where  the first mention of a football team was in 1905 with Frickley Colliery Athletic Club formed in 1908. The team played in Yorkshire and Midland Leagues until 1979/80 when they were promoted to the Alliance League (Now the National League) and had their best 7 years at this high level. They have since dropped down the pyramid system but are hoping this season to steady the ship.

Cleethorpes by contrast were only formed in 1998 and played initially under the name of  LSS (Lincolnshire Soccer School) Lucarly’s changing to their current name in 2008. They have risen quickly through the leagues from the Lincolnshire League to the Northern Premier South East Division in the 2016/17 season, a season in which they also reached Wembley for the final of the F A Vase when they lost 4 nil to South Shields.

The crowd of 171 were expecting to discuss a somewhat dull first half when just before half time Cleethorpes scored after some neat interplay left  Scott Vernon alone and able to tap home.

Before that the game had been even with Frickley dominating midfield and Cleethorpes sending some accurate long balls  to the forwards along with some strong wing play down the left from their overlapping full back.

The second half again did not spark to life and each team continued to cancel one another out although Frickley became less and less effective upfront. However they nearly came away with a replay as with 5 minutes left Nathan Newell had a great shot across goal that seemed destined for the bottom corner until Theo Richardson managed a full length dive to finger tip the ball behind for a corner.

The final few minutes petered out and the Owls fly into the next round at home to Mossley. 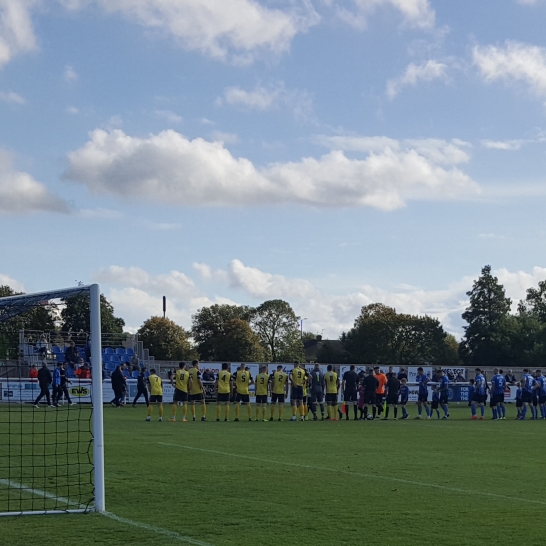 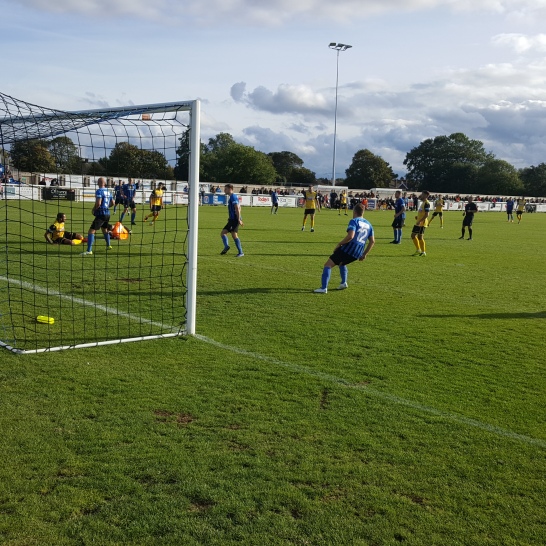 N.B. There are teams e.g. Coventry who are also playing away every week due to ground disruptions.