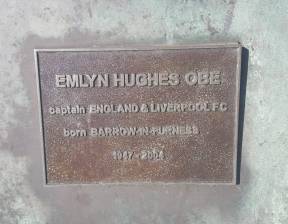 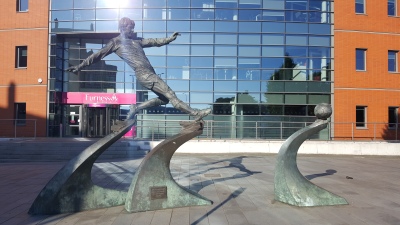 Over the road from Barrow in Furness railway station on Abbey Road is a statue of Emlyn Hughes who I didn’t know had been born in the town in 1947. The statue is in Bronze, sculpted by Chris Kelley and unveiled in mid April 2008.

Known as ‘Crazy Horse due to his on field exploits of being competitive all over the field he was adored by the football community and the public at large because of his big heart, infectious laugh, voice and an incredibly fun character.

He started his career at Blackpool (28 appearances) but played most of his games for Liverpool, 665 appearances  with an incredible record of winning four league trophies, 1 F.A,cup, two European Cups, two UEFA Cups with them and a League Cup trophy with Wolves (58) appearances. He finished his career at Rotherham, Hull, Mansfield and Swansea as player and Manager. Emlyn also played many times for England some as captain and was awarded the OBE in 1988.

On the way back from the Barrow area a quick visit to Bradford Cathedral I came across another memorial but this time to the 56 people who lost their lives in the Bradford City Fire Disaster of 1985. Such tragedy was met with world wide generosity of a donated £4.25 million for the bereaved and injured and new safety and building regulations for sports stadiums. 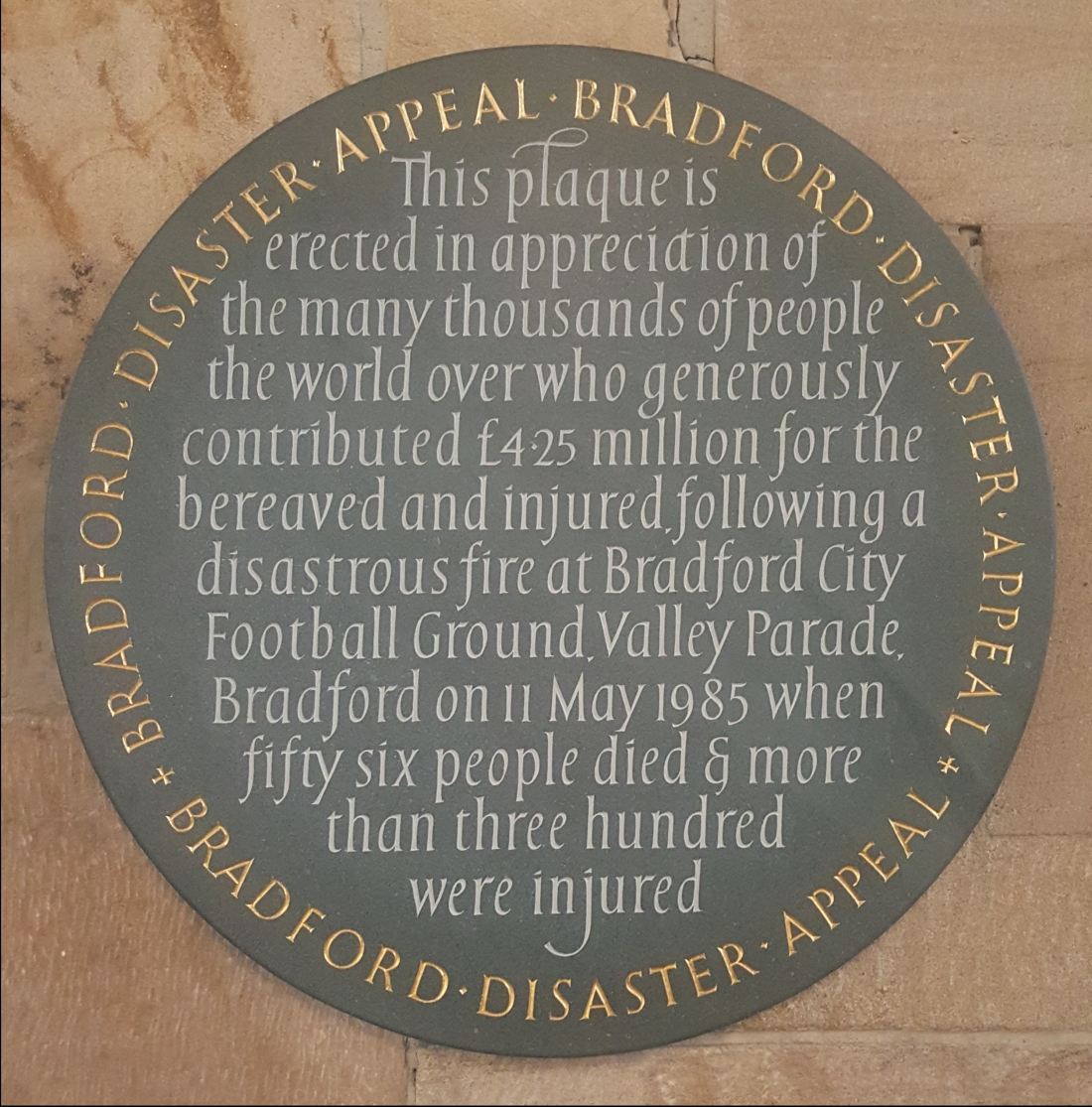