I’ve been meaning to go to Ollerton Town FC for some time and finally made it to this small town in North Nottinghamshire within the area known as the Dukeries just on the edge of Sherwood Forest. Once a farming community noted for its hop growing it became a mining community in 1920 with the sinking of a coal pit that attracted miners from all over Britain and some from Europe. The mine went in 1994 and the area now looks for a new identity. 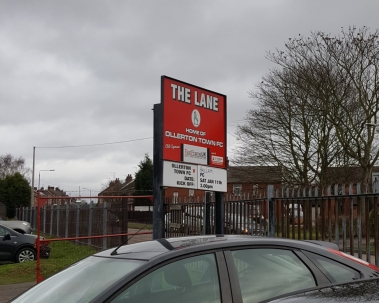 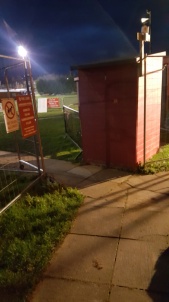 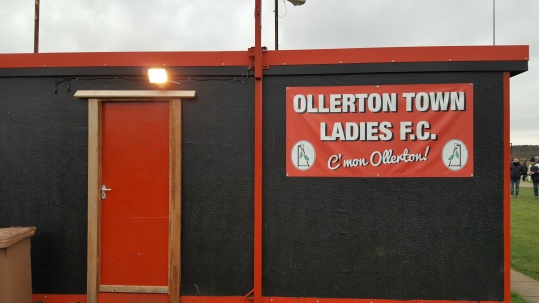 Ollerton Town FC’s ground is located in a housing estate surrounded by some grassy areas that is used for training and parking. The immediate reaction to the welcome and facilities is homely. You can see the edge of Sherwood Forest from the ground and pigs roam a nearby field. Like other clubs at this level there are Youth and Ladies sections to the club and this can bee seen in the number of younger players in their team, particularly the forwards. I have noticed that more clubs at this level are bringing through youngsters at an earlier age which is due to them developing local talent and not having to pay the wages of non-league journeymen.

There has been a football team in Ollerton from the late 1800’s and was called Ollerton Colliery for a time up to 1988 when it folded. Reformed in 1988 as Ollerton and Bevercotes Miners Welfare it changed again in 1994 to Ollerton Town FC with the demise of mining. The club have developed well in local football and are now in the Northern Counties East League Division 1 and taking part in the FA Vase. Their current aim is to establish themselves at this level and eventually be elected to take part in the FA Cup.

The game I went to see was a League game against Hallam FC. Hallam as I have written before have an amazing pedigree being the second oldest football team in the world, took part in the world’s oldest derby against Sheffield FC, play at the World’s Oldest Football Ground still in use and possess the World’s Oldest “knock out cup”, the “Youdan Cup”, some pedigree.

The pitch had a slight end to end slope and an undulating surface with good grass cover. The temperature of 8 degrees was a lot colder in the strong developing wind with grey overcast skies that were heavy with occasional rain spots. 112 fans braved the wind with a good away support from Hallam.

I have been to some nil nil draws that have been fantastic matches but this was decidedly uninspiring. The lack of a team sheet meant I did not know who was who but the stand out performance was Hallam’s number 11 who hit the woodwork or bar three times and his harrying led to an Ollerton defender handballing in the penalty from a long throw in. He did not take the penalty 15 minutes into the second half but this was trusted to their captain number 9 who hit it to the left of the goalkeeper who calmly palmed it around the post for a corner. The Ollerton forward line were energetic and skillful but overall Hallam must have felt this was 2 points lost rather than one gained. Ollerton now sit just one above the relegation positions in the league with Hallam just below half way. 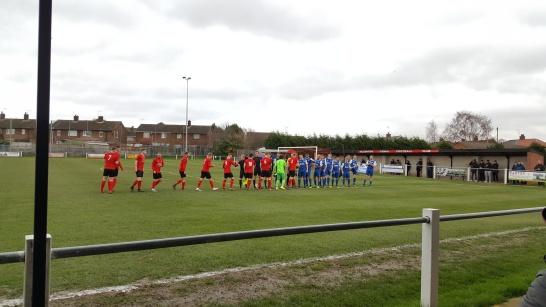 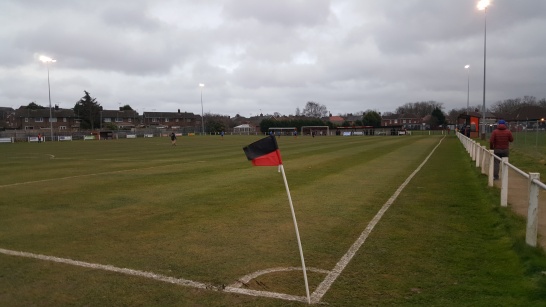 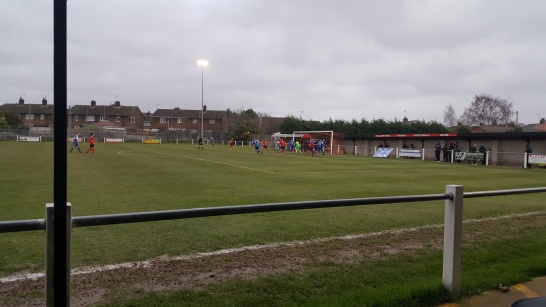 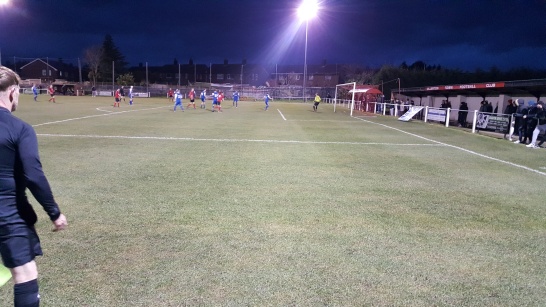 The game was competitive and the word ref was being shouted continually as each side contested all of his decisions. Some strong abuse by the home management and some of their players that was directed towards him at half time was unseemly and should have been dealt with firmly. 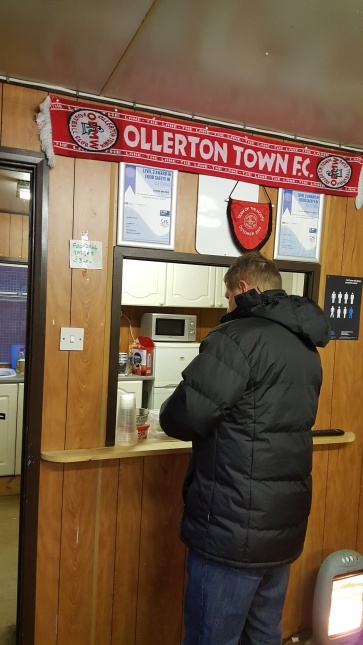 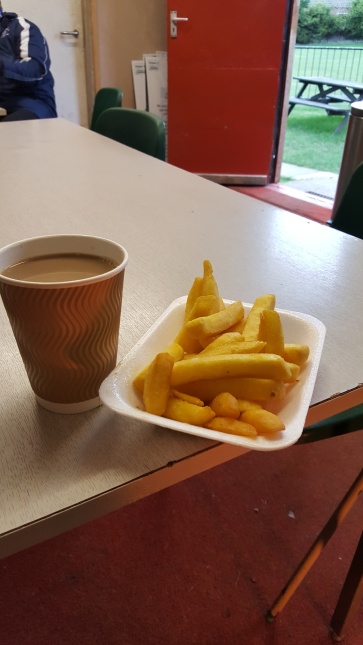 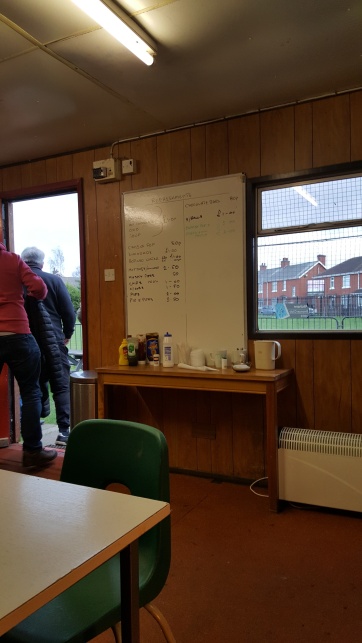 The food area was small but very warm, friendly and needed on this cold day. The chips were red hot, thick, golden and tasty and with a cup of coffee only £2. The Chips scored a very good 74.