I have seen Handsworth F.C. play at home before when they played at Sandy Lane in Worksop and I wrote before about their journey under the blog ‘Metamorphosis of a Football club ‘., August 2019

Now they have returned home to Oliver’s Mount where they have installed a new artificial pitch, new changing rooms and other facilities that are nearly finished. The newly revamped ground is top quality with a tarmac path around the perimeter. A new entrance will finish the works.

You reach the ground by turning off the Sheffield Parkway (the link road between Sheffield Centre and the M1) and taking the Darnnal turning off the roundabout. A right hand turn roughly half a mile down the road and a further right brings you to Oliver’s Mount a steep suburban road which you have to climb to the end to find the ground and the football complex. You have driven in a huge U from leaving the Parkway and now the traffic of the evening thunders past one side of the pitch. There are large car parks for use for the senior club and also the many children’s and youth teams that play here. This is one of the best football development set ups in Yorkshire. 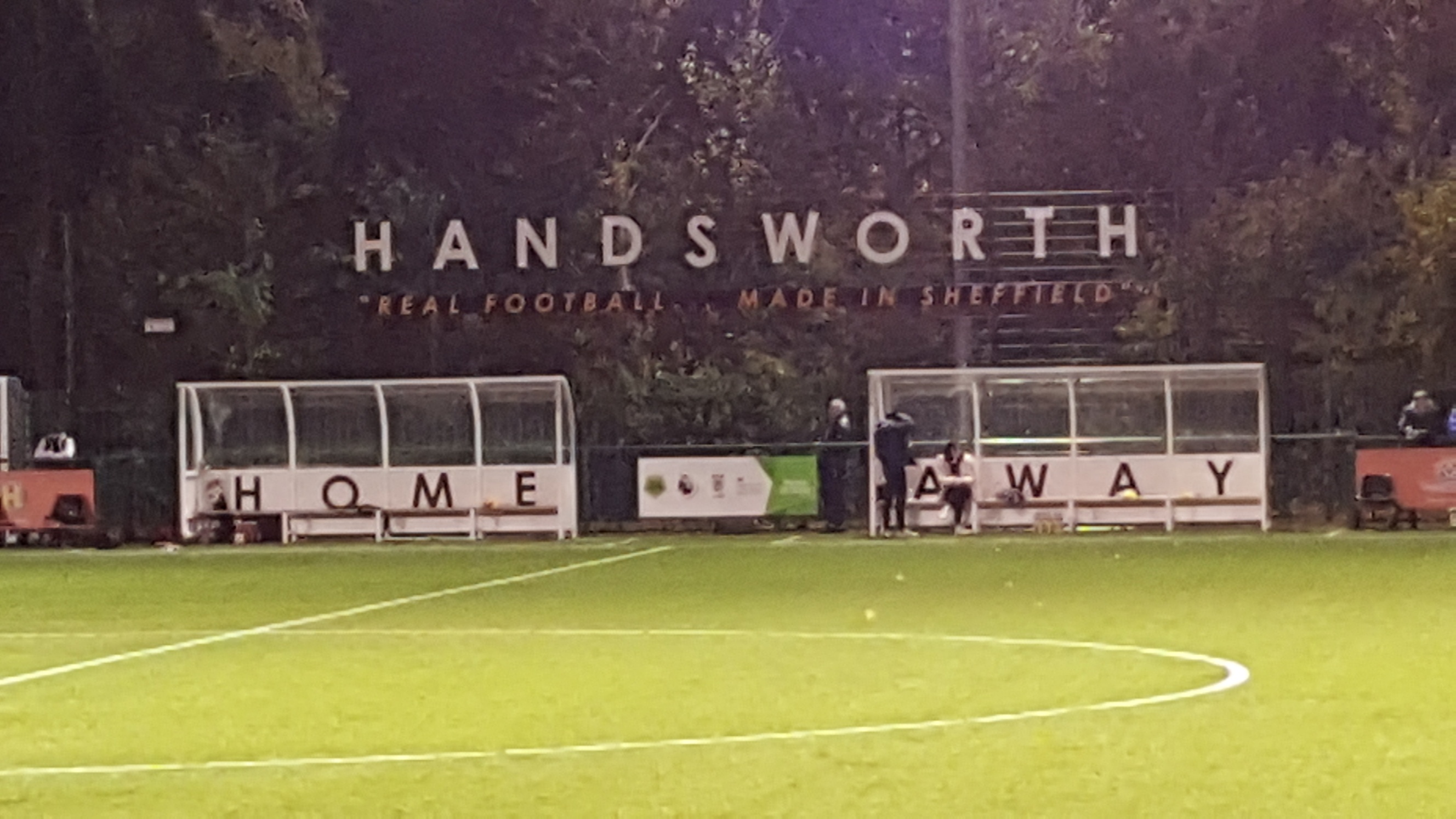 Although the very catchy sign says Handsworth ‘Real Football Made in Sheffield’ this is right on the Rotherham Sheffield border. Rotherham centre is one side of the M1 and Sheffield the other but Rotherham’s boundary stretches half the way down the 8.9 km Sheffield Parkway and you will see the Handsworth ground behind the trees where the boundary signs are. It’s also noticeable that the road here is Rotherham Council and needs re-surfacing whereas the Sheffield end is tidy and reflects their welcome to their city.

It was great to go to my first evening match of the season which I always find more atmospheric and exciting. The rain of the day had stopped leaving a cloudy but still evening and the new surface glistened with water droplets. The new era of artificial pitches looks like being the new standard. The teams warmed up in the goal area not needing to move away from that area so that the pitch doesn’t cut up and there were numerous mobile goals and nets on the pitch perimeter so that training and youth games can be played on the surface all week 24/7 if needed.

Both teams were playing in yellow tops which was confusing but the officials obviously felt that they could cope. Handsworth were at home to Bottesford Town who are based on the southern edges of Scunthorpe with the game being a Northern Counties East Premier Division league fixture. Bottesford Town were started in 1974 and have steadily progressed through various leagues reaching the Northern Counties East Division One in 2006 and gained promotion to the Premier Division only 4 years ago. 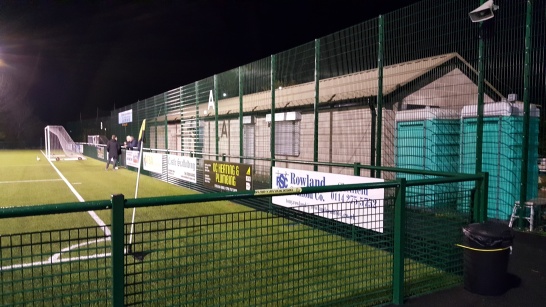 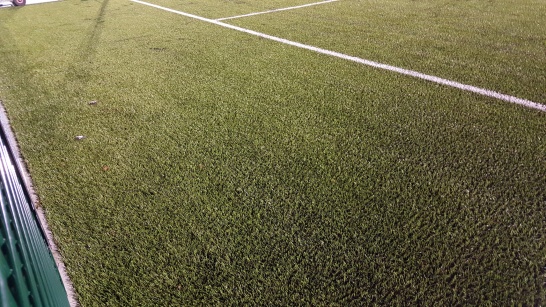 Handsworth were off to a flying start and within 2 minutes  Hobson was clear through and should have done better but for the outstretched boot of the goalkeeper which resulted in a corner. From the short corner it was swung in and headed back across goal for Parkin to easily tap in to give the home side the lead. The flood gates did not open for Handsworth and there were chances for both sides and it was Bottesford who went in at half time with the forward momentum, having been on top for the last ten minutes of the half. 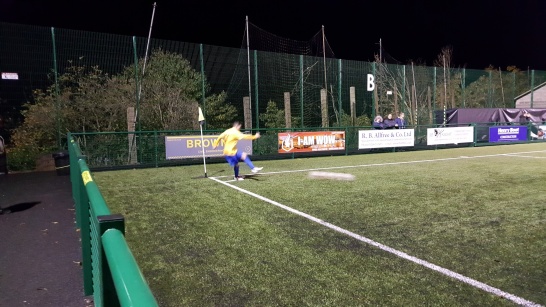 As with the first half within  two minutes there was a goal, this time for Bottesford when a low pass into the box was met by the diminutive number eleven, Hutson, who calmly guided it home, this was due reward for the away teams best player.

Another two minutes and Handsworth re-took the lead when what appeared to be a speculative cross found Smith who was able to squeeze it into the net by the post  from a deflection. Bottesford did not give up and continued to make chances but Handsworth were out of sight 5 minutes later when Radford received the ball outside the penalty area, alluded three away defenders and hit a stunning shot high into the Bottesford goal net. At 3-1 it was all over and made worse by a questionable penalty decision when Mackie and a defender collided going for a high ball and a penalty was awarded which Howarth tucked away.

Still Bottesford made chances and two were created by substitute Cross who could not make his efforts decisive. This seemed to sap the Poachers and they were pressed back and not surprisingly with 2 minutes left Handsworth made it 5 when Howarth found himself with acres of space and fairly cracked the ball into the net.

A great win and display from Handsworth but Bottesford lying second from bottom in the league table look to have enough skill the climb higher.

The chips from a well presented club house were fried, very hot, tasty and only £1.80, There actually seemed too many but that may have been because I had eaten some ‘tea’ a few hours earlier. A score of 75.