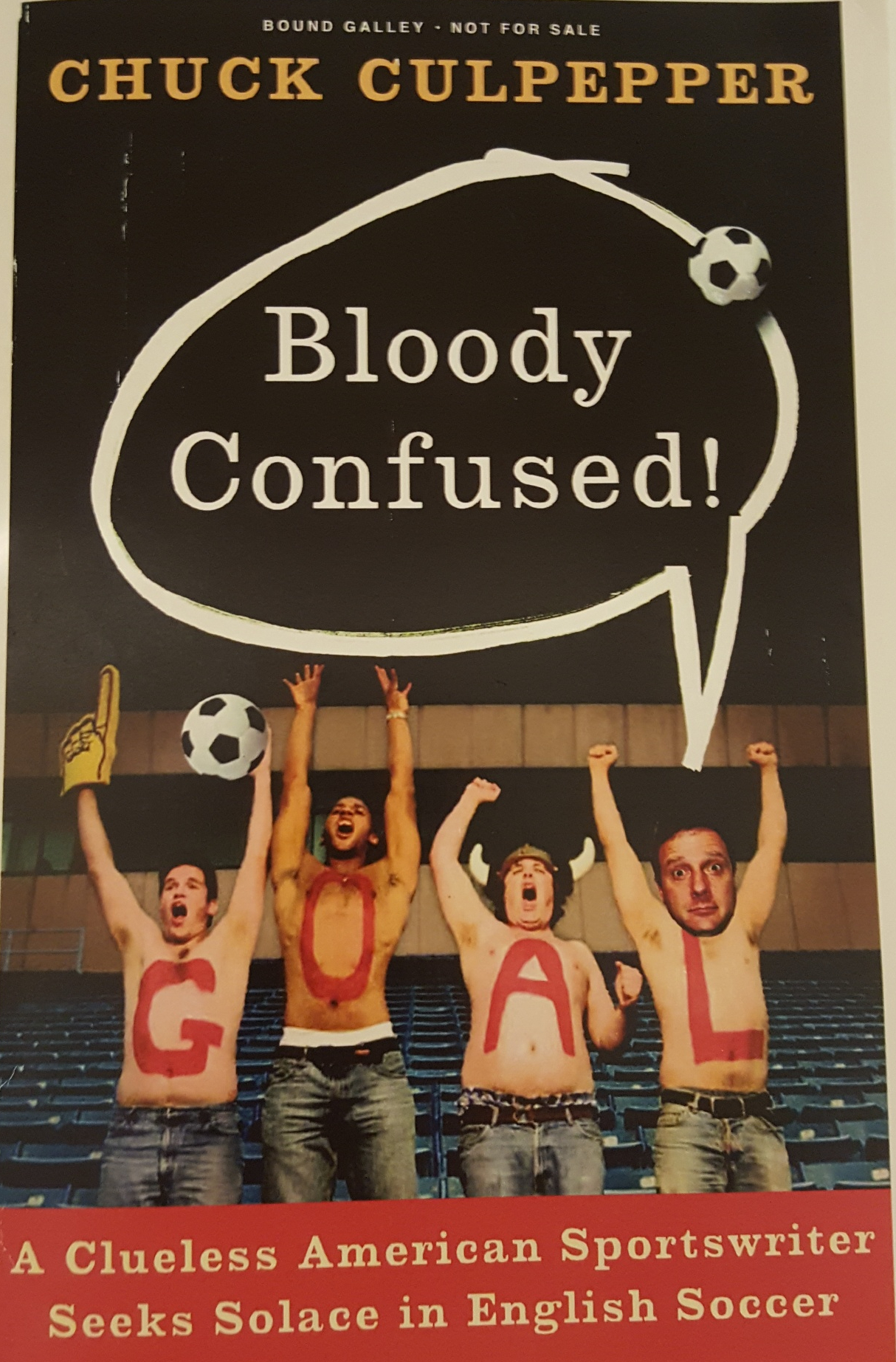 I am normally lucky in finding a football book in Oxfam and this time in Oban.

The book was a ‘Bound Galley – Not for Resale ‘ which I had never heard of before. It turns out a ‘Bound Galley’ is the pre-publication version of an upcoming published book that is a printed, perfect bound book. The cover of the Bound Galley may be the four color cover of the book to be published. In some cases the covers are printed on color stock and contain information useful to marketing the book to reviewers, bookstore distributors and buyers. This description is taken from The Country Press Inc. Website.

However this book had been sold at least twice. Once by a Community Thrift Store for 2 dollars in the USA and then £1.49 in Oxfam. 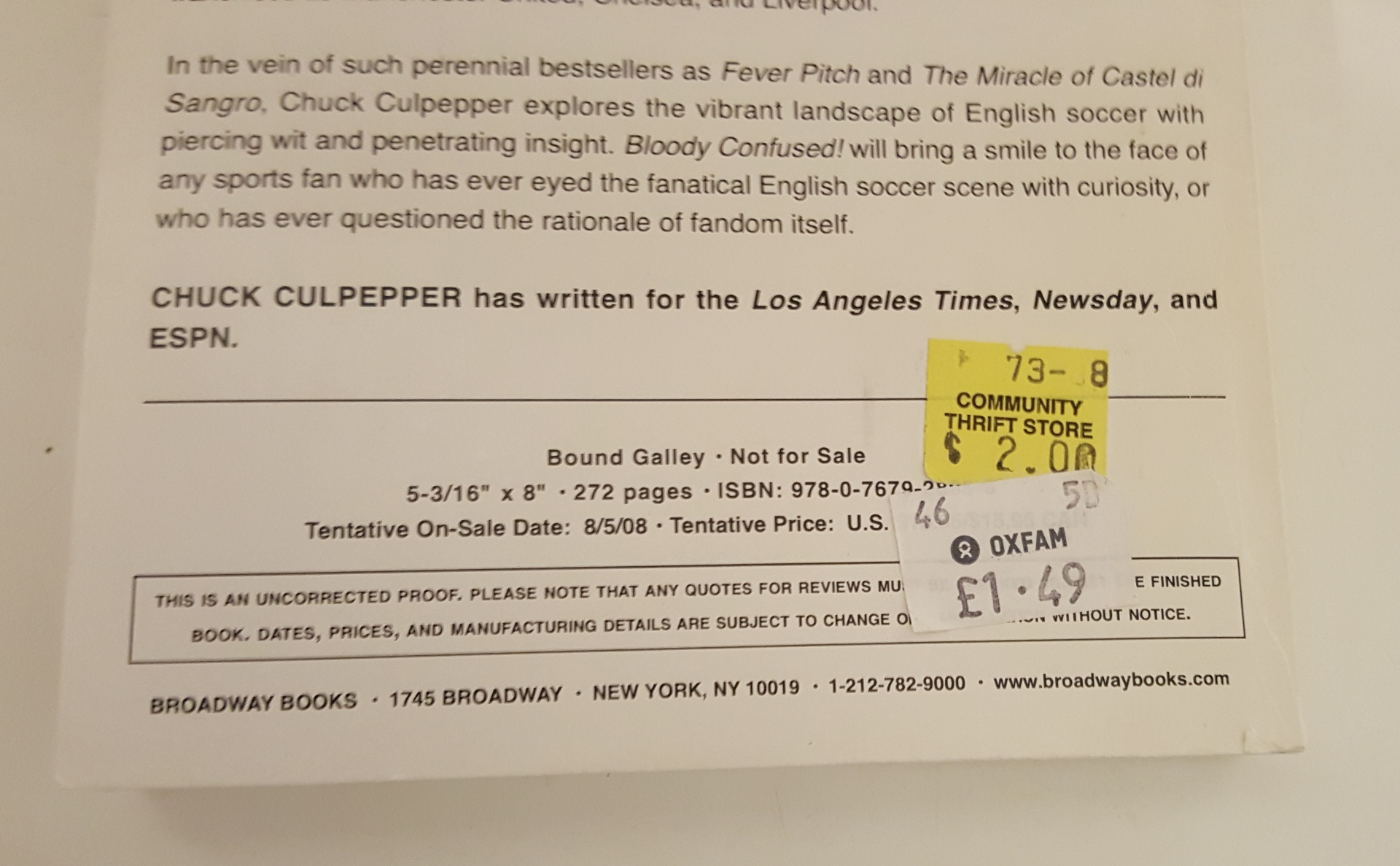 Perhaps the reason for it being once sold in the USA is that the book is about a successful American sports writer who had attended the most iconic sporting events in the world and comes to Britain to absorb the Premiership football scene.

Initially Chuck Culpeper visits grounds and games to decide who to follow and stumbles on Portsmouth where he sees them survive a relegation battle in April 2006.

Chuck returns the whole of the next season and where possible follows them home and away. He not only reports on the games, the stadiums and locations but also the fan base culture that is the true soul of the English game. He was also tired of the stale state of reporting and organisation of the NFL, NBA and the MLB.

He finds a league structure that has ‘relegation’ some thing very strange in his home countries sports set up where franchising of clubs is the norm. Interestingly it is this franchising that has produced the recent proposals by the American owned Premier League teams as they try to protect their investment and dictate the future structure of our senior league or a European ‘Super League’.

He picked the best modern season to support Portsmouth who battle to achieve qualification to European football. How their fans would wish to be back in that position having endured so much frustration and trauma since these heady days.

Chuck makes friend with a group of supporters and is welcomed into their world which includes attending matches with a blue bear.

This is a well written book that is easy to read and drives you on the journey and you feel the emotions that the fans go through.

If you want a Football fix in these days of no spectators this book will take you there.