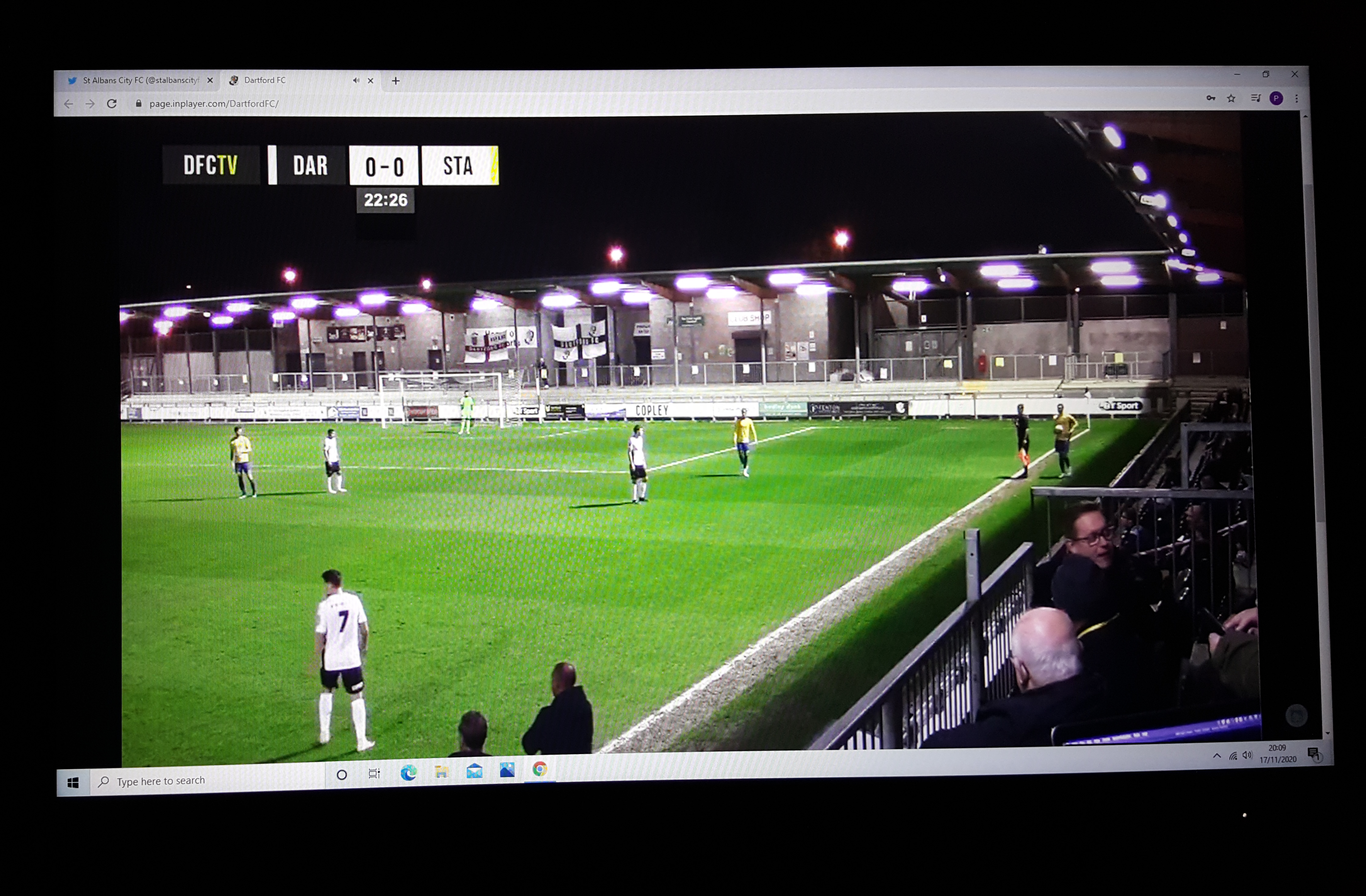 Missing the football experience I decided to watch a live streamed non league game. It was easy to chose one as St Albans City, unbeaten in the National League South, were playing away at the top team Dartford.

For £6.99 the game was good value although there were a few initial streaming issues. The fact that there was only one camera and no replays did need some adjustment. The commentary was also provided by Dartford supporters who didn’t seem to see the controversy of their penalty award midway through the second half although the disbelief from the St Albans players and a subsequent booking for arguing seemed to show a different side to the decision.

Charlie Sheringham’s penalty was magnificently palmed out by Michael Johnson diving to his right.

It all seemed to be playing out to a goalless draw when on 90 minutes Shaun Jeffers hit a 35 yard missile that hit the cross bar and bounced down and back into the net. This was almost identical to one he hit roughly ten minutes earlier that crashed back off the bar

There were four minutes more to play but two individual substitutes by the away team made this drift on to 6. St Albans retained their unbeaten start to the season but made little progress in the table having played less games than their near rivals.

Dartford had more possession throughout the game probing down the wings especially on the left. Throughout though St Albans were continually dangerous and often played some neat pretty passing moves that Dartford found hard to defend.

I would do this again and I can see this continuing when crowds are back. Particularly for fans like me who live a 130 mile drive away from Clarence Park.

I have seen on St Albans’ social media advertising that for their streamed home games you can also buy a digital program. Perhaps they can team up with a fast food company to deliver some food and coffee prior to the game and at half time, this would be the ultimate as long as there are chips.