On the journey to  Scotland for the New Year I stopped off at Brunton Park to see Carlisle United play Macclesfield Town.

Carlisle were on a winning streak, a 6 nil win in their last match and Macclesfield now under new Manager Sol Campbell had lifted themselves from the foot of League 2 in their last match. Sol Campbell’s arrival had put some fight in a doomed team through his winning mentality, managerial apprenticeship watching Arsen Wenger and experiece at all levels.

The program was original in that it opened out giving you a pleasing poster style keep sake. 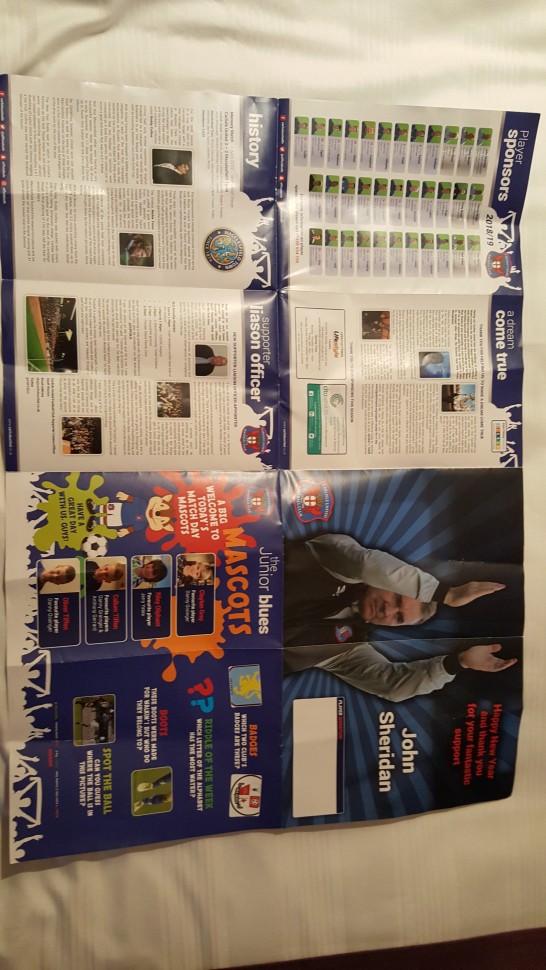 Macclesfield are in fact the older of the two clubs having been formed in 1874 to Carlisles 1904 but they have only been a Football League team since gaining promotion back from the National League last season. They previously spent many years in the Cheshire League and Manchester League before being founder members of the Northern Premier League in 1968. They also won the first ever FA Trophy final at Wembley in the 1969/70 season where they defeated Telford United 2-0. Telford gained revenge 1-0 in the 1989/90 final. Macclesfield appeared again in the 1995/6 final  beating Northwich Victoria 2-1  but in 2017 they lost to Lincln City 3-2.

With promotion being granted to Non League teams Macclesfield won the Conference in the 1996/7 season and were given Foot ball League status. They immediately gained promotion to the now League One but we’re relegated the following year. They managed to hold on to their League status  until 2012 -when relegated back to the Conference.

Carlisle by contrast have been in the Football League since 1928 and played in the highest league in England in 1974/75 for one season. They did lose this Football League  status in 2004 but came back the following year.

A beautiful late December day greeted the teams onto a well prepared surface at Brunton Park.

Carlisle however were unprepared for the slick interpassing of the visitors and within two minutes Macclesfield were ahead after Scott Wilson collected a through pass and  ran past a leaden footed defence  to slot the ball  in the net. Macclesfield had the best of the first half with their fluent football as Carlisle seemed to be limited to passes along the back line and high balls to the forwards. No 9 Hallam Hope used these ball to the best advantage out on the left and on 44 minutes he cut in and received a return pass in the middle of the goal and blasted it home.

The home team went in luckily all square at half time. 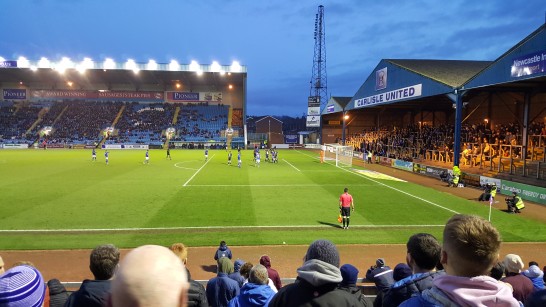 Macclesfield kept up their neat football to start the second half  but Carlisle gained control as the game wore on and started to press for a winner. With the game seemingly over Danny Grainger crossed from the left and the skied ball by Jerry Yates was thought to be going over the bar  by the fans but it looped over O’hara into the net for a surprising victory. Carlisle kept up their promotion push and although Macclesfield lost they must have been pleased with their improving form. 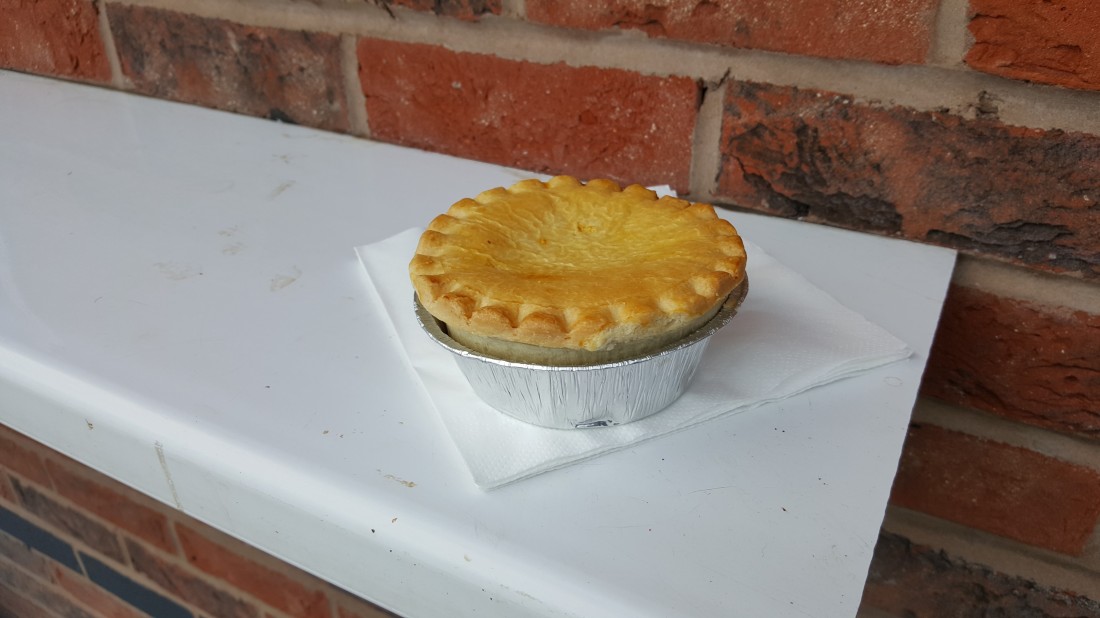 Another ground with no chips. Seems the higher up the pyramid the less chance you get of chips. A Wright’s meat and potato pie instead. This was hot, deep filled and tasty at £2.90 but not the same.